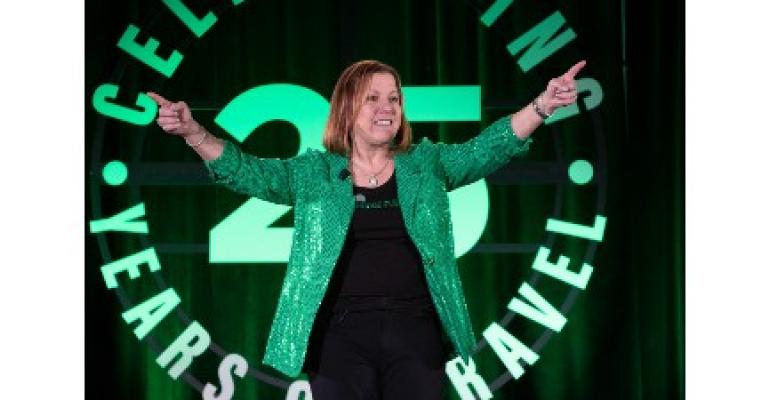 Vicky Garcia, an ardent advocate for cruising and chief operating officer/co-owner of Cruise Planners, died Sunday after a long illness.

Garcia is remembered as an exuberant supporter of the travel industry, with deep connections to the people in it.

'As I reflect on our 18-year partnership, I feel blessed to have had such a sincere, warm and fun BFF by my side,' Michelle Fee, co-founder and CEO of Cruise Planners said. 'She knew early on that the secret to CP success was in the human touch, our agents and home office team, many of whom were part of her extended family. She truly felt that way.' 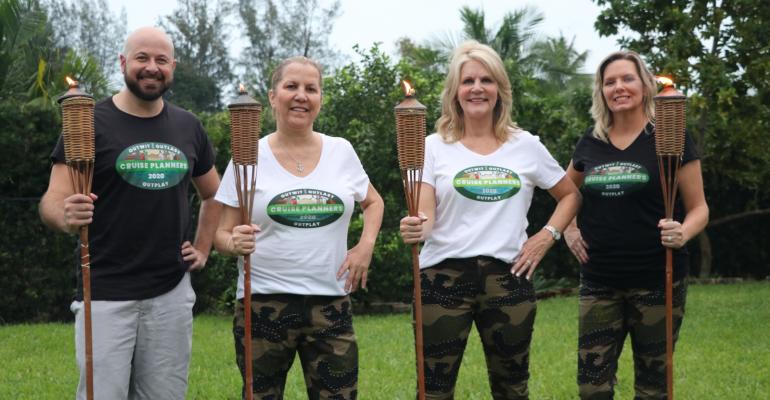 A Cruise Planners virtual forum during the pandemic had a survive and thrive theme. Garcia is second left, with Michelle Fee, second right

From her start as a cruise line reservations agent to leadership positions at Royal Caribbean International, Norwegian Cruise Line and Cruise Planners, Garcia's career in travel spanned more than 30 years. 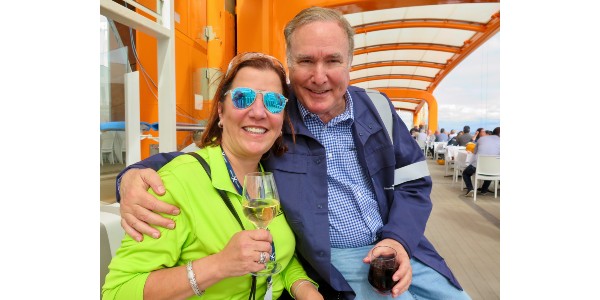 As manager of reservations at Norwegian Cruise Line, she oversaw a call center of more than 450 in-house and home-based agents, responsible for training, operations, scheduling and quality assurance. 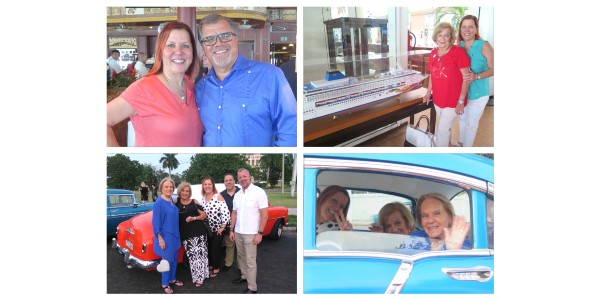 With Frank Del Rio on NCL's inaugural Cuba cruise in May 2017 and touring Havana with her mother, wife Carol and colleagues

Garcia joined Cruise Planners in 2004, initially as director of group operations and support, overseeing more than 1,800 groups with an inventory of 25,000 cabins annually, and moved up to EVP sales and marketing. She became COO and co-owner in 2013.

Garcia was a sought-after expert, often commenting on key industry trends for a wide range of consumer and trade media, including Seatrade Cruise News and Seatrade Cruise Review.

In a particularly poignant example, she was aboard NCL's inaugural Cuba cruise in May 2017 and shared what it meant for someone of Cuban descent to visit the island. Garcia took her mother Elda, who left at age 15 in 1957 and had never been back since.

'To be with so many cruise industry friends was pretty magical,' Garcia said.

Garcia was respected at the highest levels of the cruise industry and was on hand for many key events such as ship namings, launches and inaugural cruises. She served as the godmother for Viking Longship Viking Magni in 2013.

Her leadership and her role as an advocate and volunteer for many causes including The Leukemia & Lymphoma Society secured her the recognition of being one of South Florida’s Top 25 Influential Business Women and The Boys & Girls Clubs 100 Outstanding Women of Broward County.

Cruise Planners said Garcia's ambition, accomplishments and advocacy helped grow the home-based network into the giant it is today, and she leaves a 'lasting legacy of fierce drive and philanthropic spirit.'