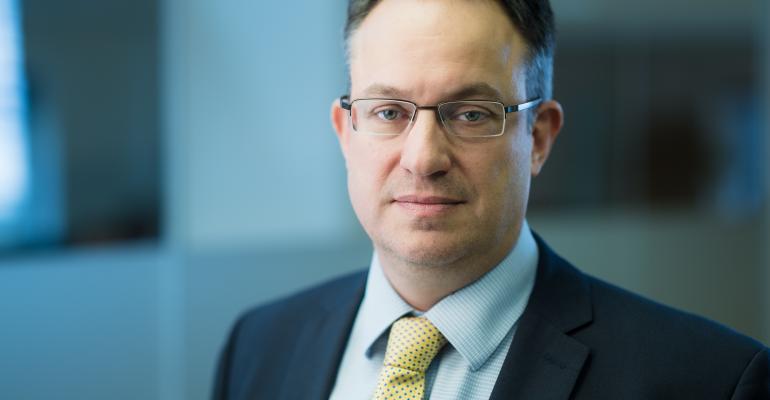 MSI's Niklas Carlen: 'expect to see some rearrangement of debt repayments as the recovery begins and cruise operators get greater clarity around demand prospects.'

The financial position of the cruise lines is precarious given substantial debt levels incurred from recent and planned fleet expansions, in addition to the extensive fundraising required to survive the current crisis, notes Carlen..

'So bad is the situation that the net revenue losses in 2020 and Q1 21 alone almost match the accumulated net revenue gains of the preceding five-year period,' according to MSI.

The crisis has in turn forced cruise lines to extend credit lines, defer debt repayments and take on more debt to survive.

By the end of Q1 2021, the three leading cruise groups were carrying approximately $65bn of debt, with Carnival accounting for almost half of that.

The scale of the problem facing the cruise lines (and the entire tourism sector) was laid out by the UN World Tourism Organisation (UNWTO) earlier this year when it pointed out that two-thirds of the world’s destinations were still either completely (32%) or partially (34%) closed to international tourists.

Last year’s collapse in international tourist arrivals (-74% YoY) led to estimated tourism revenue losses of $1.3tn globally, with recovery back to 2019 levels not expected until 2023.

The crisis has also triggered a change in travel behaviour with short trips, domestic tourism and staycations gaining in favour.

Given the uncertainty around travel destinations and potential restrictions, last- minute bookings have also increased.

‘Even assuming we see a partial recovery this year gathering strength from 2022 onwards, debt burdens will weigh heavily on the sector for some time to come,’ believes Carlen.

‘Gradual reactivation of laid up vessels will bring additional costs, as will preparations for socially distanced cruising, whilst revenues are likely to be impacted both by COVID-related restrictions on vessel capacity and competition for passengers with other lines as well as non-cruise holiday alternatives.

‘So although pressure from scheduled debt repayments should increase from 2023-24 onwards, we should expect to see some rearrangement of this as the recovery begins and cruise operators get greater clarity around demand prospects.’

According to MSI’s calculations, the big three cruise groups should have approximately 45% of their capacity back in operation by the end of this year, equivalent to approximately 20% on an annual average basis. This is based on data published by J.P. Morgan in early June, which compiles start-up dates and deployment on a vessel-by-vessel basis for the three big cruise groups (excluding the RCL/TUI joint-venture brands).