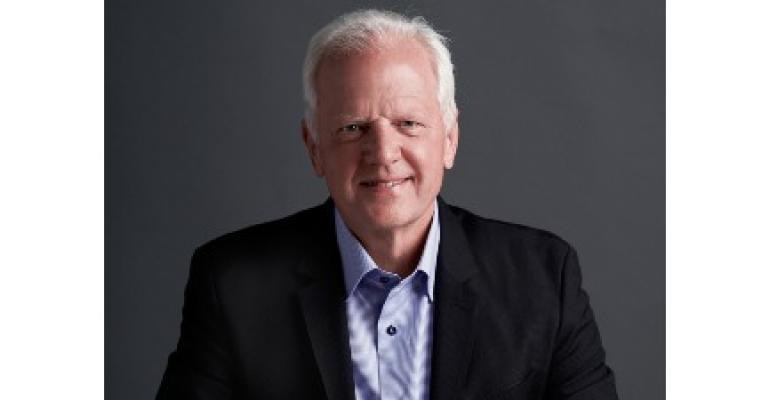 David Giersdorf brings 40 years of experience, including senior roles at an array of cruise lines

'Hornblower Group is committed to the expansion of American Queen Voyages, as evidenced by the substantial investments in new vessels, our company rebrand, expanding technology, web and marketing tools and opening a new office in Fort Lauderdale, putting us right in the heart of the cruise industry,' said Kevin Rabbitt, CEO, Hornblower Group.

'In order to expedite these goals, we need someone that can be charged with leading the organization with a deep knowledge of the industry, strong drive and sharp business instincts to ensure we are taking the necessary steps in our growth plan. I am thrilled to welcome David, our friend and cruise industry veteran, into the role of acting president.'

Giersdorf has served as advisor to Hornblower for nearly three years, including supporting the acquisition and reimagining of the independent shore excursions business, Venture Ashore and, more recently, the successful launch of Ocean Victory, the company's first expedition product.

As acting president, he'll be responsible for developing and implementing overall business strategy, providing guidance to the leadership team to create sustainable value in growth, innovation and performance. His appointment closely follows that of Isis Ruiz, who recently joined as chief commercial officer to oversee sales, marketing, contact center and revenue management.

Giersdorf will serve as acting president for up to 18 months.

AQV has not recently had a president, though the role was held for a period by Shawn Bierdz, who most recently served as chief operating officer.  He will be leaving the company.

'Since Shawn stepped into the role in 2020 as COO of AQV, he has been instrumental in leading the company during turbulent times as well as a period of unparalleled investment growth. We appreciate the contributions Shawn has made to the company and wish him continued success,' Rabbitt said.

Giersdorf called it an 'exhilarating time' for AQV, adding: 'I look forward to being part of a dedicated team building upon this company’s rich heritage ... I am energized to be leading the team during this new growth period for American Queen Voyages as the company continues to deliver amazing experiences for its guests.'

Giersdorf brings more than 40 years of experience as a senior executive, advisor and board member.

Senior executive roles at an array of brands

Together with family, he pioneered several Alaska tourism developments, owned and operated the Glacier Bay National Park lodging and excursion cruise concession and built a leading small ship cruise line, later sold to a Fortune 50 company. He helped establish Windstar Cruises as a '180° From Ordinary' boutique line and spearheaded HAL's transformation through its 'Signature of Excellence' initiative.

Recently Giersdorf authored 'Hard Ships - Navigating Your Company, Career And Life Through The Fog Of Disruption.'