From desert soirees to the Northwest Passage, Crystal's John Stoll made lasting memories 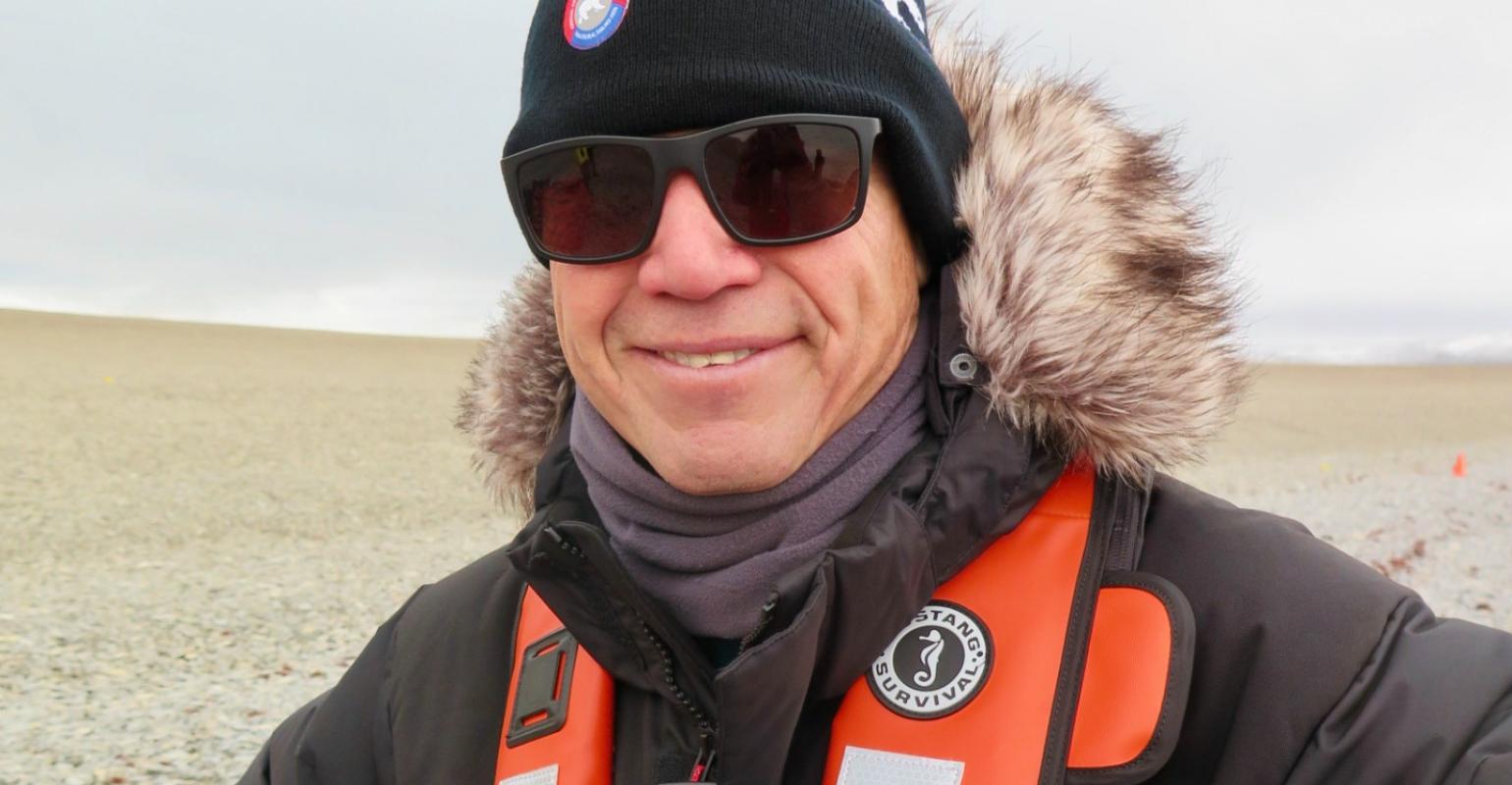 John Stoll on location at Beechey Island in the Northwest Passage in August 2016
During 17 years with Crystal Cruises, John Stoll crafted excursions that stretched the imagination — flying a MiG-29 in Russia, an overnight in the Arctic Circle, shark diving in South Africa, gorilla trekking in Uganda, a flight to Antarctica.

He also produced 40 exclusive world cruise events and was project manager for Crystal's Northwest Passage journeys in 2016 and 2017. A particular point of pride was developing the ‘You Care, We Care’ voluntourism program that touched lives from Easter Island to Inuit communities.

Stoll, vice president, land programs, is among the talent lost to COVID-19 cutbacks.

'Because of the pandemic’s continued impact on our business operations, we made the difficult decision to make workforce reductions across the organization, as well as consolidate our US offices solely into the Miami location. While these measures were necessary, it is with a heavy heart that we said goodbye to these talented and hard-working colleagues including John Stoll,' Crystal President and CEO Tom Wolber told Seatrade Cruise News.

'As a destination expert and widely respected in our industry, John’s contribution to Crystal during his 17 years was integral in creating memorable experiences for our guests, and we know he will be successful wherever he goes,' Wolber said. 'We thank John for his years of service to Crystal and wish him all the best moving forward.'

During Stoll’s tenure, Crystal Adventures grew from 600 tours in 2003 to more than 1,500 in 2020. Over time, he focused on more intimate and personal experiences including boutique, overland and Private Adventures.

Dreaming up over-the-top experiences for full world cruise passengers was a highlight. These included events in Pompeii at the gymnasium where Spartacus escaped; in New Zealand at Hobbiton, the farm where 'The Lord of the Rings' and 'The Hobbit' Trilogy were filmed; and at the Pyramids of Giza, in the shadow of the Sphinx with the pyramids as the backdrop for a laser show.

Still other events were in the Dubai desert, with a 'Lawrence of Arabia' theme; Hue, Vietnam, with a reenactment of the times of the emperors; Namibia, with an evening in the Namib Desert; Australia at Sydney's Town Hall, featuring cultural entertainment; and Israel in the Caves of Beit Guvrin, dating back to the days of Herod.

Ben Lyons, CEO, Expedition Voyage Consultants, recounts his first meeting with Stoll to discuss the possibility of operating a Northwest Passage cruise on Crystal Serenity, the largest cruise ship to attempt that.

Lyons was dubious at first: 'Would a cruise line really listen to our concerns, understand the huge safety and political implications of such a trip and be willing to dedicate the resources and procedures we would recommend?

'From that first meeting, John committed to "doing it right," adopting our recommendations, listening when he wasn’t the expert and enthusiastically tackling every complication that arose to help ensure that first NWP was a huge success — one of the highest ratings ever in Crystal’s history,' Lyons said.

'That kind of foresight, creativity and energy is typical of John, and his pushing to think outside the box helped Crystal stand out for many years.'

For Stoll, the 'You Care, We Care' voluntourism program launched in 2011 held a special place for supporting worthwhile causes across the globe while helping protect and preserve destinations.

'It was such a "feel good" program and we could see immediate tangible results,' he said.

Programs were carried out at Easter Island, in Inuit communities in the Northwest Passage and with D-Day veterans in Normandy. Other projects involved food banks, beach cleanups and animal protection, among many other areas.

Stoll's greatest memory, though, is the people he met, friends he made and colleagues who supported his vision for 'one-of-a-kind experiences that created lifelong memories' — his land programs team in Los Angeles, the shipboard shore excursion teams and officers like Northwest Passage Capt. Birger Vorland, the hotel directors and cruise directors, ground operators, port agents, port authorities, hoteliers, other vendors and Crystal guests.

'He's a great guy. He will be terribly missed in this industry,' said Debbie Summers, chairman of the New Zealand Cruise Association and vice chair of The World's Leading Ground Operators.

Since travel has always been his passion, Stoll would 'love to get involved in shaping the "new" and improved travel industry. I really am optimistic that if we come together, the travel industry can be so much better,' he said.