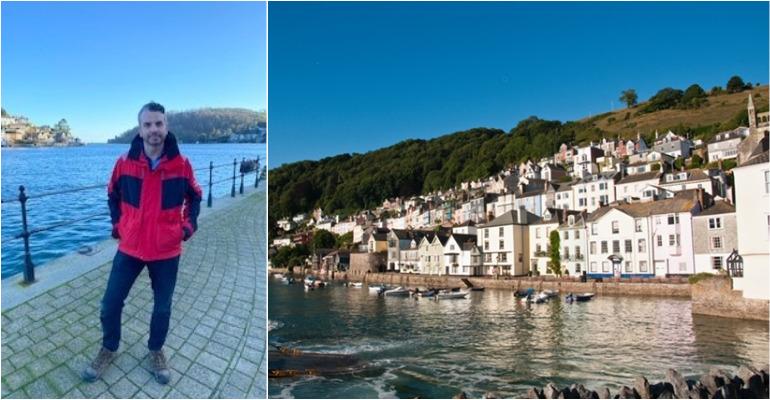 Britton begins the role in March 2022

Dart Harbour’s new CEO and harbour master has been revealed as Paul Britton, who will take up the role on March 14.

Acting harbour master Rob Everitt, who has adopted the role since last September, departs January 27 leaving Capt. Richard Eggleton to take up the position on an interim basis until Britton steps in.

Britton, who counts 12 years at sea and more than 20 years in the maritime industry, is currently Disney Cruise Line’s manager of marine operations, ports and itinerary planning. He has worked for P&O Cruises, Irish Ferries and TUI Cruises, held the post of safety officer onboard a number of large cruise ships and ferries, and worked in various port operations roles.

He has extensive knowledge of port safety, harbour operations, environmental awareness, finance and as a long term resident of South Devon with roots in nearby Brixham, has an understanding of the local community.

Described as ‘standing out’ from other candidates owing to his ‘vision and highly collaborative approach,’ Britton's aim is to make the harbour a safe and inclusive place. Said the harbour’s chair, Tim Dewing, who has been liaising with Britton on strategy and plans for the year ahead: ‘I am very excited about Paul joining Dart Harbour as harbourmaster/CEO, he impressed us all with his focus on safety and his desire to work in partnership with staff and stakeholders.

‘He is smart, cares about the area and marks a fresh start for Dart Harbour.’

Cap. Richard Eggleton remains the authority’s chief pilot, and served previously as interim harbour master/CEO and board member. Remarked Dewing, ‘Rich is well known and has good relationships with our stakeholders and staff. He also knows the river well.

‘We are lucky to have his support again, and thank him for helping us bridge the gap between Rob’s departure and Paul’s start. I know that Rich will keep us safe, and do what he can to set Paul up for success.’

Everitt has spent seven years at Dart Harbour, most recently as acting harbour master during the recruitment drive to fill the CEO/harbour master role. A spokesperson on behalf of the harbour's board thanked Everitt for his ‘superb commitment… particularly over the last five months when he has demonstrated clear, calm leadership.’