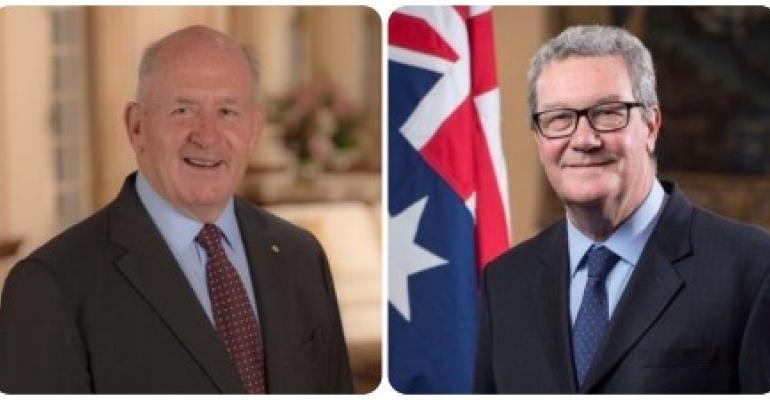 An Australian diplomat, politicians, a champion sailor and swimming legend, as well as a former governor-general, are in the guest speakers lineup for Cunard’s 2022-23 Australian season.

Their presentations are part of the Insights Programme of daily lectures and debates.

‘We know our guests are passionate about learning and expanding their views, so in choosing our speakers for this upcoming season we wanted to ensure that they both inspire and entertain our guests whilst sailing with us,’ said Katrina McAlpine, commercial director Australia and New Zealand.

Nova Peris, an Olympic gold medallist and the first indigenous woman to be elected to federal parliament will be on board Queen Elizabeth’s November 15 sailing from Sydney to Fremantle. So, too, will be another gold medallist — Dawn Fraser, the first woman to swim 100mtrs freestyle in under a minute.

On Queen Elizabeth’s three-day sailing from Sydney to Melbourne on December 13, the guest speaker will be film and television producer John Stainton, who will also be on board Queen Mary 2 in March 2023.

Australia’s former High Commissioner to the United Kingdom, Alexander Downer, will give a number of lectures during Queen Elizabeth’s seven-day Melbourne to Sydney voyage on December 15, and sailing champion John Longley, a crew member when Australia won the America’s Cup in 1983, will speak during a two-week round-trip from Melbourne on December 22.

When Queen Elizabeth sails from Melbourne to Fremantle on February 27, 2023, the guest presenter will be Tim Flannery, chief councillor of the Climate Council.

The presenter on Queen Mary 2’s voyage from Hong Kong to Sydney on February 23, 2023 will be the Nine Network sports commentator Ken Sutcliffe who will entertain passengers with anecdotes from his 50-year career in television.

Between March 12 and April 7 2023, Queen Mary 2 will complete a round trip between Sydney and Fremantle, with John Stainton making his second guest appearance on the first leg of the voyage.

Ian McFadyen, creator of the television series ‘The Comedy Company,’ will join the ship for the second leg back to Sydney.