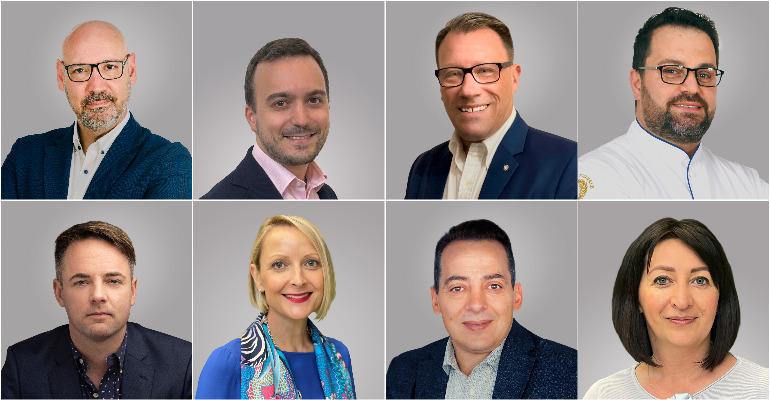 Seven professionals have been added to Explora Journeys’ guest experience team as the line prepares to launch its first ship, Explora I, in May next year.

Onboard guest experience and operations are led by head of product Jason Gelineau who joined the line in late 2021.

Remarked Michael Ungerer, CEO, Explora Journeys, ‘...With our belief in customer centricity at our core, these new appointments under the leadership of Jason Gelineau play a crucial role in leading our guests on a journey of self and social discovery, fulfillment and enrichment, easing them into an Ocean State of Mind.

‘With two ships under construction, we remain firmly on track and committed to delivering inspiring and sustainable tourism as we and our guests strive to leave a positive footprint on the communities we visit.’ The first of these two vessels, Explora I, embarks on its maiden voyage from Barcelona to Athens in May 2023.

Added Gelineau, whose career in hospitality spans over 35 years including 24 years at sea, ‘We are very proud to have attracted such a high caliber of luxury hospitality professionals to join our family here in Geneva.

‘It is an exciting opportunity to combine our wealth of expertise in curating Explora Journeys' onboard guest experience as we continue to build a truly defining and highly desired luxury lifestyle brand for today's and tomorrow's discerning traveller.’

Gelineau was brand performance manager for MSC’s cruise division, for three years overseeing MSC Cruises’ US-based ships and private island Ocean Cay MSC Marine Reserve. Prior to this, he was hotel director for three years at Seabourn Cruises, general manager at Oceania Cruises for eight years and he has worked onboard The World of ResidenSea and for Silversea Cruises.

Alves was formerly with Scenic Discovery Yacht and Emerald Yacht Voyages as director, hotel operations for two years. Before that, he worked for Seabourn for 17 years, moving from shipboard hotel director to deputy director, new build and expeditions.

Briançon was with Paris Society as area project manager before joining Explora, before that working with DUCASSE Conseil as senior consultant for four years.

After working with Oceania Cruises as senior executive chef for 10 years, Gjoka joined TUI Cruises in the UK as its head of culinary operations for five years before joining Explora.

Gowland has a vast background in the arts, being the founder and CEO of The MGA Academy of Performing Arts, Edinburgh for 15 years. He has spent 19 years at sea in various entertainment departments for P&O Cruises, Celebrity Cruises, Cunard, and most recently Seabourn.

The senior lead, spa operations was formerly with Jumeirah Group in the United Arab Emirates as its regional spa director for four years. Before that time, Marais was senior spa director at various Four Seasons locations in the Middle East and Africa.

In her early career, Marais spent time at sea with Crystal Cruises and opened The World of ResidenSea with Clinique La Prairie.