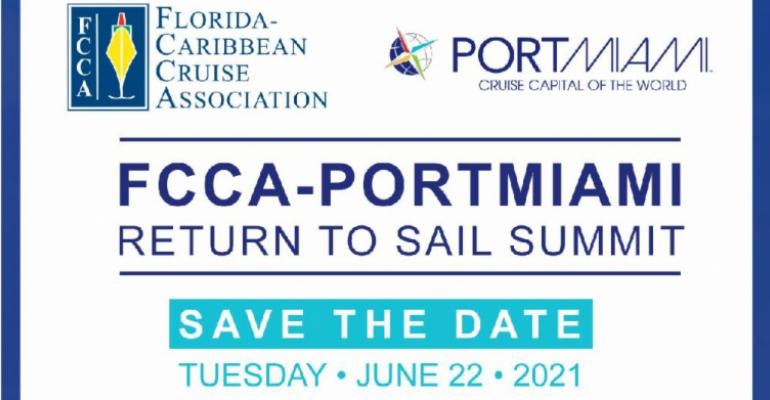 This daylong live event hosted and sponsored by PortMiami will be open to a maximum of 200 attendees in addition to top brass from FCCA member lines and is expected to sell out.

'We are excited to again gather with our partners during this pivotal time to prepare how to make it out of this crisis, hopefully even stronger,' FCCA President Michele Paige said. 'PortMiami not only plays a vital role for this event, but also for cruising’s return from North America, and we are beyond grateful for their support.'

'We are ready for the resumption of cruising,' Port Director and CEO Juan Kuryla added. 'In anticipation of that return, we are joining our partners to share our updated procedures and exchange ideas as we eagerly await the restart.'

Ten cruise line chairmen, CEOs or presidents are expected to share their 'View from the Top,' plus nearly 20 other high-level executives will take part in operations and employment workshops.

The 'View from the Top' will discuss when and how cruising will return to the Caribbean, Mexico, Central America and South America.

Cruise executives from the FCCA Operations Committee will share details on the new protocols in cruise destinations, including the impact for tour operators and shore excursion operations. The discussion is to be moderated by FCCA Operations Chairman Russell Benford, VP government relations - Americas, Royal Caribbean Group.

Further executives from these companies, along with Bahamas Paradise Cruise Line and Silversea Cruises, are confirmed, as well.

And, at another workshop, the newly formed FCCA Employment Committee will share some of the recent developments that create opportunities for cruise line jobs.