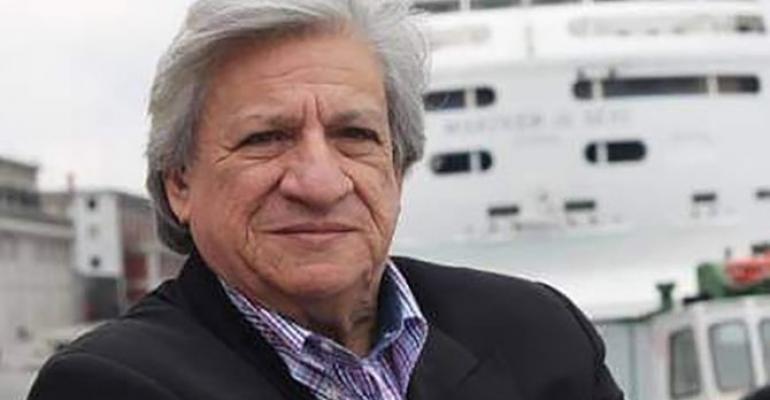 A tireless promoter of cruising in Turkey and Eastern Meditearranean

Tura Turizm owner Erkunt Öner, who had a passion for travel and was a pioneer of cruise tourism in his home country of Turkey, died Thursday of a heart attack.

Condolences and tributes have been flooding in to his family and colleagues in Istanbul from business partners, contacts and friends from around the globe, underscoring the reach and influence he had during an active career spanning over 50 years.

Öner will be missed on both a professional and personal level.

Seatrade Executive Chairman Chris Hayman spoke fondly of him: ‘I was very sad to hear that our old friend of many years has passed away. It is hard to think of anyone who has done more to promote cruise tourism in Turkey than Erkunt Öner.

‘His company, Tura Turizm, took the shore excursion experience in Turkey to new levels, with a range of award-winning innovations in guest safety, comfort and education. He introduced the cruise product to a growing number of Turkish consumers.

'But above all he was a tireless promoter of eastern Med itineraries, and a range of destinations in the region. His professionalism and the warmth of his hospitality made him many friends across the industry around the world.’

She continued: ‘Erkunt gave me the opportunity to be an area manager at Tura Turizm aged 26 and then later as marketing manager of Kuşadası Cruise Port. I was fearful I would not be up to the task but he said with his warm voice: “It is easier than guiding, Figen — go with your smile," and I have stayed in the ports sector since.’

Roberta Jacoby, global hospitality & travel operations executive, Jacoby Advisors, who served as a key member of the executive leadership teams of Royal Caribbean Group and Carnival Corp. & plc, said of Öner, ‘He is one of the most amazing people I knew.'

Adam Sharp, director, international destination development, Royal Caribbean Group, commented: ‘When I think of true pioneers of our industry in Europe, the grandfathers if you will, Erkunt was up there as one of them. In the face of adversity of which his home country of Turkey has suffered more than most, he remained positive and resolute.

‘He remained a believer in the power of tourism to bring economic and cultural benefits to all; fortunately that spirit has been passed to his family.’

Born in Sivas, Turkey, in 1944, Öner got interested in tourism as a student, receiving his guiding license from the Ministry of Tourism while studying at the Faculty of Law at Ankara University.

He attained a scholarship to study tourism in Brussels and completed his undergraduate education in International Relations at Sorbonne University in Paris in 1972.

Meanwhile, Öner founded Tura Turizm in 1966 in Istanbul to serve inbound and outbound tourists with a strong focus on cruising for the past 55 years and still run as a family business with branches in Kuşadası and Antalya.

Tura Turizm has won more than 70 awards from national and international organizations for its quality products and services including: Seatrade Cruise Supplier of the Year in 2007; Most Successful Tour Operator from Norwegian Cruise Line in 2012 and Most Innovative Tour Operator from Royal Caribbean Cruises in 2013.

Öner also owned and managed ships, ferries and hotels. Between 1990 and 2000, he worked as a lecturer at Istanbul University; In 2012, he taught at the Seatrade Cruise Academy in Cambridge and participated multiple times as a speaker at conferences around the world.

He was bestowed the Seatrade Lifetime Achievement Award for his Contribution to Cruise Tourism at the 2016 Seatrade Awards Ceremony.

Seatrade’s Mary Bond said at the ceremony: ‘Erkunt has always been a visionary, establishing relationships early on with cruise lines in an effort not only to bring ships to Turkey, but also to promote cruising to Turkish people. ‘He has given his time freely to support marketing efforts for all Turkish ports and he is highly regarded for his vast knowledge, commitment and creativity.’

Öner is survived by his wife Çiğdem and two children, daughter Leyla and son Kemal.