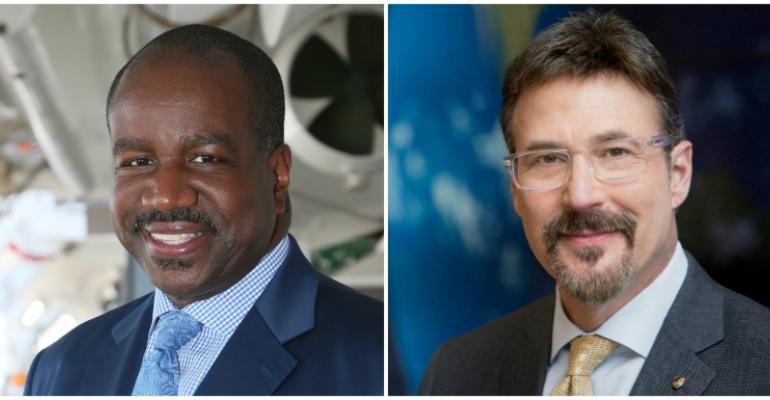 Surprising news from Seattle — Holland America Line President Orlando Ashford and Seabourn President Rick Meadows both announced their departures at the end of May.

Industry newcomer made his mark

Ashford has led HAL for five years, joining the cruise industry as a newcomer and making his mark on the brand by enhancing entertainment, live music and culinary experiences.

Meadows is a 35-year veteran of Carnival Corp. who's held senior executive positions at Cunard - North America, Holland America Line, in corporate marketing at Carnival Corp. and at Windstar Cruises after starting in sales at Carnival Cruise Line.

Ashford joined HAL in November 2014 after a distinguished career in human resources. He oversees the 14-ship line's sales and marketing, revenue management, deployment and itinerary planning, public relations, hotel operations and strategy. Recently he has guided the company through a pause in operations that's extended through the 2020 Alaska, Europe and Canada/New England sailing seasons.

'Orlando has made a substantial contribution to Holland America Line during his tenure, bringing a renewed energy to the premium cruise line that was recognized with many awards and accolades,' said Stein Kruse, group CEO of Holland America Group and Carnival UK. 'His unique background as an innovator and global leader in human resources was highly respected in our organization and his dynamism will be greatly missed.'

'It has been an honor and a privilege to lead the evolution of the Holland America Line brand for more than five years,' Ashford said. 'I can’t say enough about the talent and teamwork both shoreside and on board the ships that has driven our many successes over the years.'

He added that despite this unprecedented time, 'I believe it is human nature to travel and explore new places and cultures and meet new people. I have no doubt that Holland America Line will thrive again soon, and its guests will be ready when cruise operations resume. I look forward to being one of the first to sail.'

Meadows, who plans to retire, recently has led Seabourn through its pause in global operations until mid-October through late November, depending on the ship. As president since 2011, he has overall executive responsibility, leading all business and global operations.

'Rick’s contributions to the cruise industry and his leadership in elevating Seabourn to the ultimate ultra-luxury cruise experience, bar none, are legendary,' Kruse said. 'He will forever be part of our Carnival Corporation story and he has made us all better through his professionalism, authenticity and leadership.'

'I’ve had so many amazing opportunities throughout my career, passionately leading a number of global cruise brands as well as working with so many talented team members, travel advisors and other stakeholders around the world,' Meadows said. 'It has been a true honor to help craft those lifetime memories and special moments for our guests, through the profound power of travel, which brings people and cultures together. I look forward to the day when we can once again welcome our guests back on board.'

Between 2014 and 2016, Meadows also helmed Cunard in North America. Before that, he held the dual role of Seabourn president and EVP marketing, sales and guest programs for Holland America, where he had global revenue responsibility.