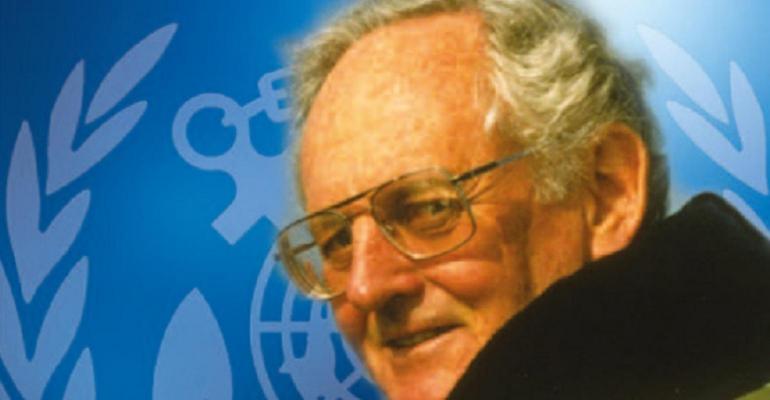 William O'Neil left a lasting legacy at the IMO

William O’Neil, who was secretary-general of the International Maritime Organization from 1990 – 2003, and oversaw many key developments during his tenure, died in the UK at age 93.

These developments included the introduction of the International Safety Management Code in 1997 and key revisions to the International Convention on Standards of Training, Certification and Watchkeeping for Seafarers, 1978. Following the 9/11 attacks in 2001 he led the IMO in developing the International Ship and Port Facility Security Code, which was adopted in less than one year.

Current IMO Secretary-General Kitack Lim expressed his condolences to O'Neil's family and to the Canadian government. O'Neil was a native of Canada, where he served in various positions with the Federal Department of Transport. He was closely associated with the St. Lawrence Seaway Authority, where he served as president and CEO until joining IMO.

Paying tribute, Lim said: 'Mr. O’Neil was a truly great secretary-general whose actions and initiatives had a great and lasting impact on the work of the organization. I, personally, always valued his guidance and advice, as well as his friendship and leadership. Mr. O’Neil left a lasting legacy on the organization. He was committed to the universality of IMO and oversaw a significant increase in membership. He encouraged wide and effective participation in the organization from all stakeholders in the maritime sector.

'Above all, Mr. O’Neil was dedicated to enabling developing states to adopt and implement IMO instruments, through his active pursuance of new sources of extrabudgetary funding. And he worked tirelessly to strengthen the relevance and capacity of IMO’s educational institutes, the World Maritime University and the IMO International Maritime Law Institute.'