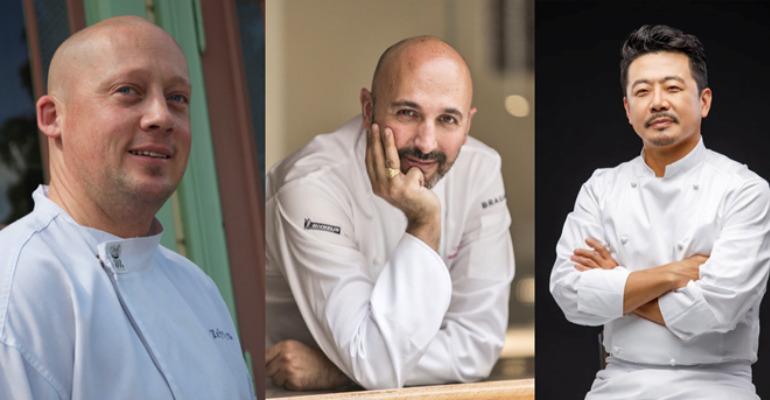 Now in the process of creating menus, including Italian and Asian fusion dishes, he will work in partnership with recently appointed consultant chefs Andrea Ribaldone and Sang Keun Oh based in Italy and Moscow, respectively.

‘It’s a great honour for me to work in such distinguished company, crafting an amazing variety of truly inspired dishes,’ commented Lehmann, ‘I can’t wait to present our inaugural menus…’

Swan Hellenic SVP Hotel Operations Hans Heger added, ‘I’ve already sampled some of the dishes being developed and they’re simply out of this world.’

On land, he has developed menus at Kempinski Hotels’ luxury beach resort in Zanzibar and his own hotel and restaurants in Sweden, which have been attended by Crown Princess Victoria, Prince Daniel Duke of Västergötland and actor Daniel Craig.

He has worked as executive chef on Asian menus at Moscow’s floating restaurants, Lastochka and Chaika, and is owner of the city’s Japanese restaurant, Hibiki.

The focus of Italian chef Ribaldone is on cuisine from his home country. He has gained a Michelin Star for Italian restaurants La Fermata in Spinetta Marengo, Alessandra’s Due Buoi and Osteria Arborina in La Morra.

He is founder of gastronomy consulting company ARCO and is executive chef at Eataly,  Tokyo.

SH Minerva embarks on its maiden cruise in November.