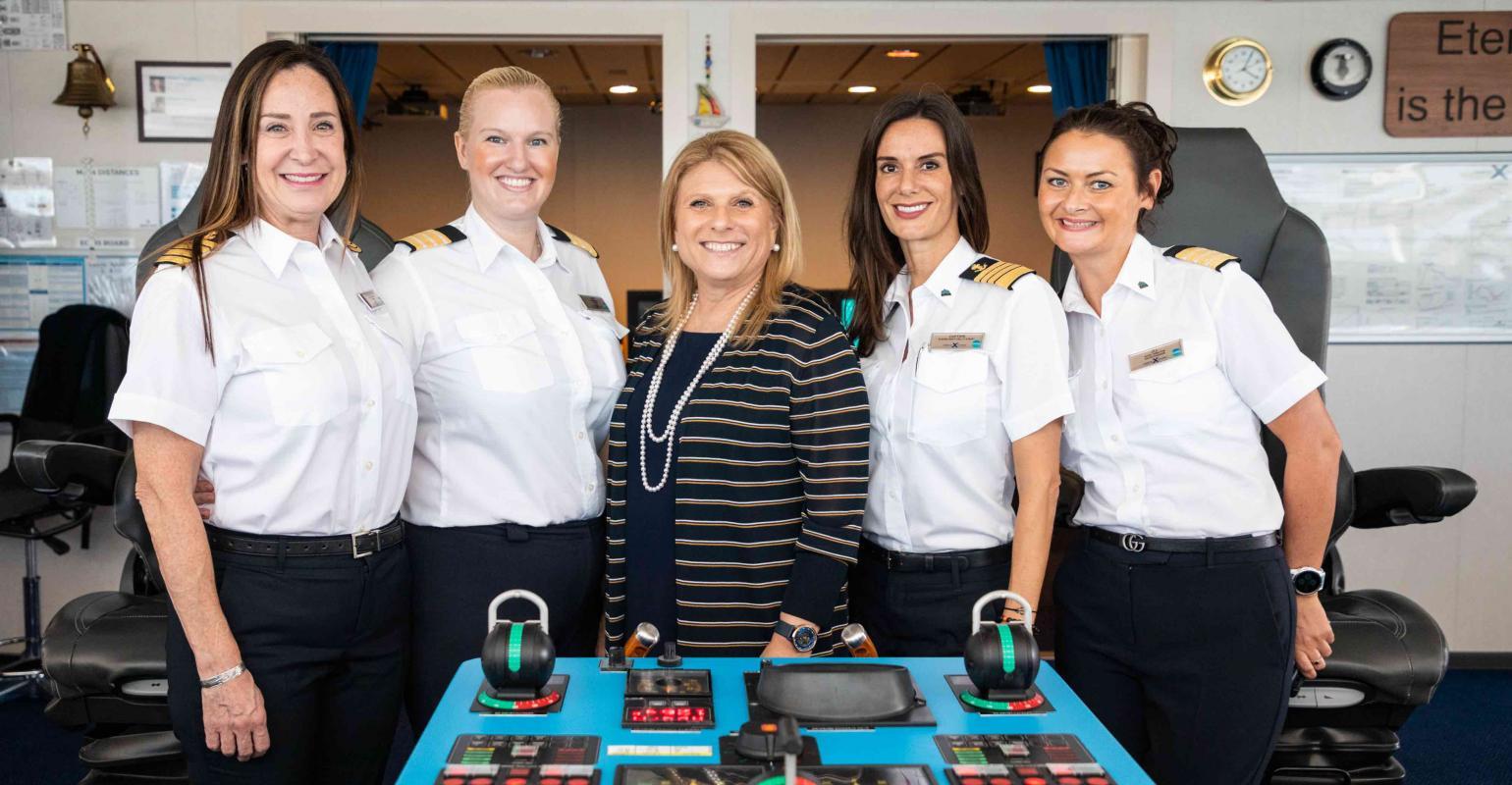 Seafarers are among those most impacted by the COVID-19 pandemic. Through it all, Seafarers' House at Port Everglades has continued providing them practical care and spiritual support.

In a typical year, 150,000 crew visit Seafarers' House. It has remained open this year, however with the pandemic's restrictions, most crew have not been allowed off ships. Even so, the charity has maintained its mission of support. It has provided multi-faith pastoral care virtually and by phone, ensured ongoing assistance to 66 crew stuck in local hotels, awaiting repatriation and, at the request of cruise lines, developed twice-weekly live prayer services and prayer videos.

Through it all, 'The message is you're not alone. We're standing beside you,' said Lesley Warrick, executive director of Seafarers' House. 'We are, and will always be here for, the crew.'

On Saturday night, Seafarers' House got a fundraising lift from cash donations and a silent auction in honoring Lisa Lutoff-Perlo, president and CEO, Celebrity Cruises, at its International Golden Compass Virtual Gala.

The annual gala raises half of the Seafarers' House budget, according to Warrick.

Lutoff-Perlo has shown 'consistent and steadfast support for mariners,' said Richard Fain, chairman and CEO of Royal Caribbean Group, in remarks to the event. It was at her insistence, he noted, that part of the new Terminal 25 at Port Everglades — designed for Celebrity's Edge-class ships — include a dedicated crew lounge.

'Lisa's had the tenacity to enhance the role of women on the ships,' Fain continued. This included hiring the first US woman captain for a major cruise ship and the first African woman cadet on the Celebrity bridge, and this year's 100% female bridge and leadership team on Celebrity Edge for International Women's Day. Lutoff-Perlo has put the spotlight on recruiting women to seafaring jobs and raised the percentage of women on the bridge in Celebrity's fleet from 3% to 27%.

'Seeing opportunity where others see difficulty'

'She's a woman who sees opportunity when others see difficulty,' said Capt. Kate McCue, that pioneering US woman captain.

More than 19,000 crew are under Lutoff-Perlo's care, and several of the Celebrity ships were dialed in to the gala, emceed by Nick Weir, SVP entertainment, Royal Caribbean International. Virtual entertainment featured the a capella group Straight No Chaser, which will perform on Celebrity Apex in future, and a music, dance and acrobatics performance, 'When Our Ships Will Sail,' by the Celebrity entertainment family.

Video greetings from the captains and crew on all 14 ships in the fleet were beamed in, along with messages from the Celebrity management team, including some former crew members, and far-flung family.

'Crew are suffering ... They need to come back to work'

'We are nothing without our crew,' a teary Lutoff-Perlo told the Golden Compass Gala. 'They are suffering now. They have not been working for a long time. They need to come back to work. We're working hard with Port Everglades to bring this industry back so they can work and help support their families.'

She added: 'I will continue to work tirelessly for the crew on all our ships, all over the world.'