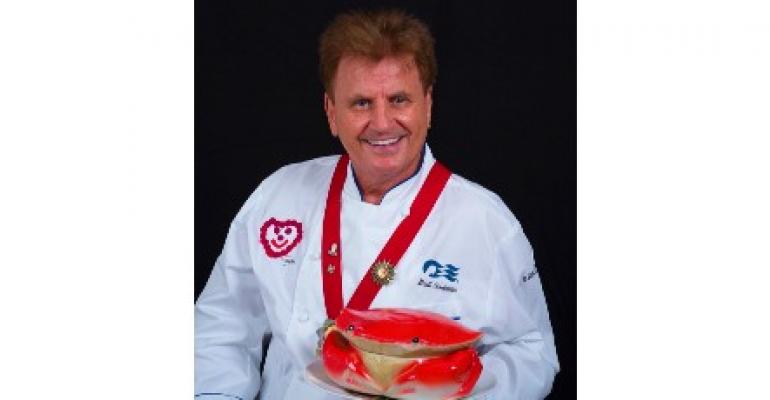 Princess Cruises appointed Rudi Sodamin as its first head of culinary arts, a role he'll take on in addition to his existing master chef position with Holland America Line.

' ...We are bringing in Chef Rudi to build the kind of excitement and dining experiences that will impress our guests. He is the perfect person to bring an entirely new level of excellence and innovation to our culinary product, environmental dining experience and service delivery.'

An internationally respected food authority, Sodamin is a highly decorated chef known for his innovation, energy and influence in the hospitality business.

Among his most recent accomplishments is Rudi’s Sel de Mer restaurant onboard three Holland America ships and Rudi's Seagrill, a new concept for sister brand Carnival Cruise Line aboard its new Mardi Gras.

'I see food as the way to our guests’ hearts, and the individuals on the Princess Cruises culinary team bring great heart to what they do and take tremendous pride in their work,' Sodamin said. 'My goal is to grow that pride and lead the culinary workforce to new performance heights through innovative approaches to teamwork and creativity, collaboratively creating new signature interactive dining experiences and motivating this talented team to new levels of culinary artistry.'

Sodamin began his career at the age of 14 with a kitchen apprenticeship in Kurhotel Heilbrunn in Bad Mitterndorf, Austria. At 23, he was appointed chef de cuisine for Norwegian America Line's luxurious Vistafjord and at 26, he was named corporate executive chef on the legendary Queen Elizabeth 2.

After a dozen years at Cunard Line as VP food and beverage and corporate executive chef, Sodamin joined Royal Caribbean as director of corporate food and beverage operations and culinary spokesperson. There, he built an international culinary team from across 50 nations and launched the brand’s first test kitchen.

At Holland America, he instituted the Culinary Council, which he chairs, as well as spearheaded the line's Culinary Arts Center. He also led the development and launch of a residential Culinary Training Center in Manilla, Philippines, working with the Culinary Institute of America to develop the curriculum.