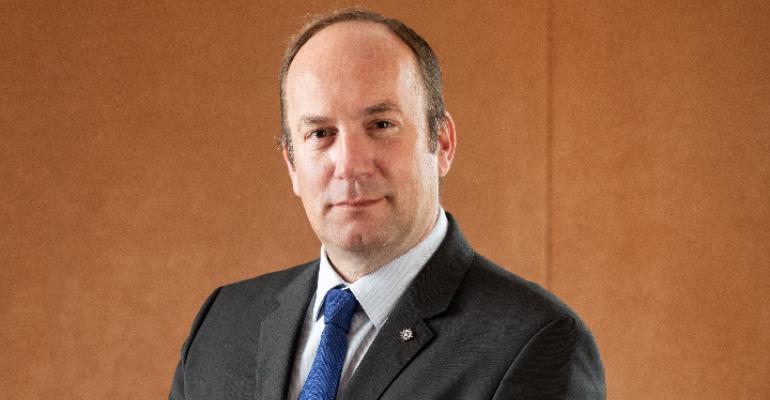 The guest experience on board MSC Virtuosa has been tailored to suit UK passengers, says MSC Cruises' Bernhard

The hospitality veteran has been focussing on MSC Virtuosa’s ex-UK debut sailings, which have been underway since mid-May.

Reflecting on the ship’s current 100% load factor of Brits, Stacher went on to add, ‘British guests are not very hard to please’ and said catering for one nationality had presented fewer operational challenges so far.

‘It makes it easier to create a product which resonates…normally we carry over 150 nationalities throughout the world and we always have to find a balance. If we had a ship out of Kiel, we would also have Germans, Brits, Spanish, Italians… We would have “bangers and mash” and pies, but then we would have to have German cold cuts, German beer and saurkraut, and Spanish chorizo. Here… the product is “hyper focussed.”’

In order to tailor sailings to British passengers, the line gathered its UK-centric team on board and tasked them with identifying ‘non-negotiable’ elements: English mustard and choice of tea, for instance.

As for television programmes, a comprehensive sports package showing rugby, cricket and football plus BBC channels were selected for bars and cabins.

Currently a pop-up set – featuring comedians such as Rikki Jay or song and dance acts like the Soul Sisters – MSC Virtuosa’s Carousel Lounge is set to be transformed into a ‘new event.’

‘We’re installing a new event in the Carousel Lounge… We’re building a bigger show there, as we speak, we’ll have even more entertainment activities compared to what we have right now.

‘We haven’t released the name yet or what it is, but it is exciting!’ Stacher added.

Further details are to be announced in the coming weeks.

‘The passengers we have now are super responsive to the mask mandate...it’s not like this is the only place to enforce it and everywhere else around the world you can walk without a mask. No, we’re still in a period where the mask and the social distancing is prevalent.’

In his view, the current 1:1 crew-passenger ratio and the resulting service ‘overcomes’ any drawbacks, such as the lack of discos and dance parties on board.

‘I have to say, it helps us and it helps the guests that our maximum load factor is only 1,000 right now,’ he says. ‘We have a very big ship and a lot of space so you don’t have to consciously think “am I too close to somebody?”’

‘The testing strategy we’ve applied since August 2020 on all our ships is appreciated, it’s an extra layer of security knowing that everybody has already either had two shots [of COVID-19 vaccine] or one PCR test – and that everyone is tested on embarkation.’

In cabins, luxury crafted spa brochures have been removed, as well as other non-single use items to reduce touchpoints. In addition, the line has ‘upped’ its already rigorous sanitising, sterilising and cleaning procedures.

Based on discussions with passengers, Stacher reaffirms that the consensus is ‘people feel very safe in our environment right now’ and concludes, ‘we did a lot of things very, very differently – and it’s worked!’