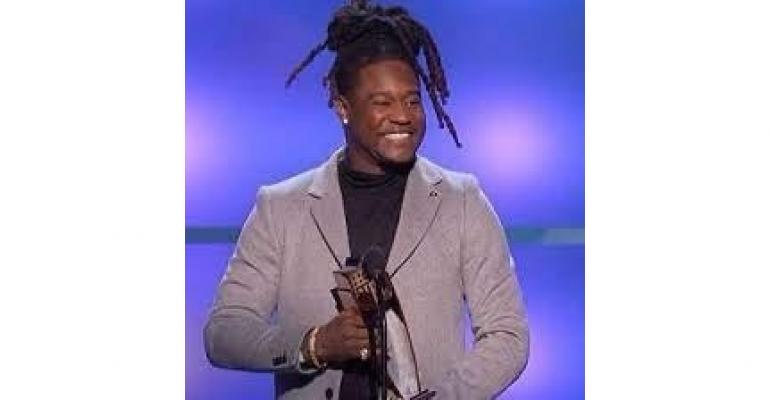 In addition to his football career, Shaquem Griffin is passionate philanthropist

Shaquem Griffin, winner of the NFL Game Changer Award and NCAA Inspiration Award, will serve as godfather of Margaritaville at Sea Paradise.

The Florida native will participate in a traditional christening ceremony during a VIP inaugural sailing on May 12 before the line's first cruise on May 14 from the Port of Palm Beach to Grand Bahama Island.

In addition to his impressive football career, which includes defensive player of the year honors and an undefeated season his senior year at the University of Central Florida before playing for the Seattle Seahawks, Griffin has an extensive background in community service. Born with amniotic band syndrome and having his left hand amputated when he was 4, he has been an advocate for the physically challenged community, seeing children with birth defects as their ‘own little nation’ who support each other in the fight against those who tell them they’re unworthy.

Griffin and his twin brother and former NFL teammate Shaquill started the St. Petersburg Nitro Track Club, a nonprofit organization. Margaritaville at Sea will be making a donation to the club as part of the brand's relationship with Griffin.

'As a passionate philanthropist, Shaquem’s efforts within our local community align with our own commitment to giving back, and he is a true inspiration on every front. We are honored to have him serve in this very special role as our first-ever godfather,' said Oneil Khosa, CEO of Margaritaville at Sea.