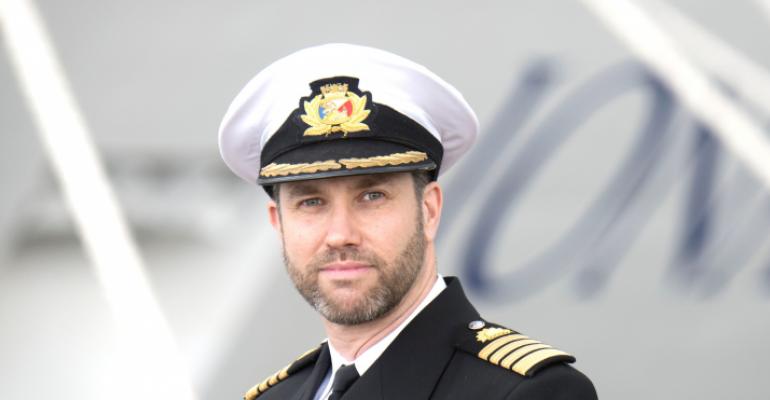 P&O Cruises has announced that Captain Robert Camby will lead the team responsible for on board operations for its newest LNG-powered ship Arvia, which will enter service in December 2022.

Captain Camby will bring out Arvia from the Meyer Werft shipyard in Germany to the home port of Southampton where the ship will sail its inaugural winter cruises before re-positioning to Barbados for its first series of Caribbean fly/cruises.

London-born Captain Camby was introduced to the sea from an early age, having a father who had served in the Royal Navy. His first introduction to cruising was through his maternal grandfather who took the family on SS Canberra when he was 14.

In 1995 he was selected into the P&O Princess Cruises Cadet program. His first ship was SS Canberra where it all began.

He worked his way up through the ranks on various ships before gaining his masters ticket in December 2003. In November 2005 Camby was appointed as navigator on Queen Mary 2, where he remained working up to the rank of deputy captain in June 2008. In December 2011 he was promoted to captain taking his first command of Oriana in January 2012. Since then, he has commanded Azura, Arcadia, Aurora, Oceana, Ventura, Britannia, Queen Victoria, Queen Mary 2 and most recently Iona.

When not at sea he enjoys following Formula 1 motor racing, supporting Chelsea football as well as being a fan of England and Wasps Rugby. He is also a lover of classic cars, especially the Austin Healey.

He lives in Warwickshire with his wife Danni and their two boys Austin and Jenson.

Captain Camby said: ‘After 26 years with the company I feel so privileged to command P&O Cruises Arvia and to be working alongside the most talented and experienced team. Arvia will underpin all the innovative and environmental credentials of Iona and will create even more aspirational and desirable guest experiences and itineraries specifically for British guests.’