Ponant’s Hervé Bellaiche: ‘We pursue a strategy of innovation and excellence’ 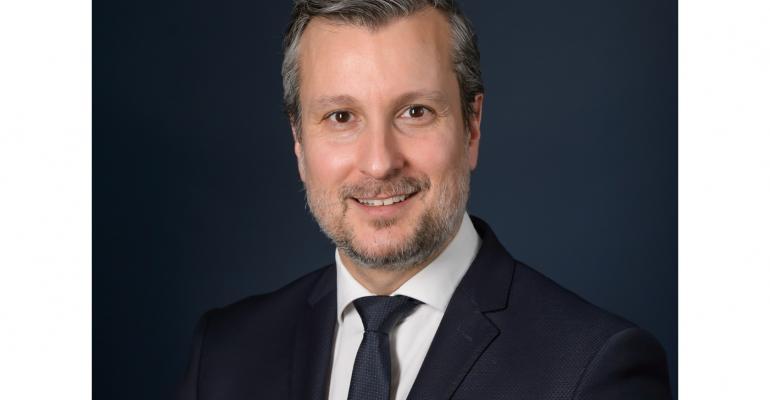 'We have strongly internationalised our range of passengers,’ says Ponant's Bellaiche
If the pandemic and its regulatory constraints impacted Ponant’s 2021 summer season, the line has noticed since March a positive dynamic with strong advance bookings and some reservations going to September 2023, according to Hervé Bellaiche, chief sales and marketing officer.

Laying out the line’s challenges and plans amid its enhanced fleet, strong international positioning and will to promote a responsible way of travelling while facing a public with new expectations, Bellaiche added, ‘People are eager to sail again: during the five-day event we organised in Le Havre for the launch of Le Commandant Charcot, we had the pleasure to host a total of some 1,500 people, though they had been notified rather late.

‘The pandemic is not over yet, no doubt, [but] the level of sanitary and security measures we set – which is rigorous, proven and continually updated – remains a major asset in a booking decision, just like our payment and cancellation policy. We are therefore optimistic for the next seasons.’

A change in thinking

If this last year-and-a-half made the company emerge even more efficient, it also made people aware of how fragile the planet is. ‘They are seeking trips... which bring them nearer to nature while protecting it,’ Bellaiche added.

‘This is a philosophy which has always been and is at the heart of Ponant’s concept, which implies the greatest respect for the regions and populations we visit.’ Responsible and sustainable travel is reflected in the line’s distribution of water containers, abolishment of single-use plastics, electricity-saving through LED bulbs and on-board waste and waste water treatments.

Full fleet to sail the world

Ponant has invested in six newbuilds in the last three years and claims to continually ‘green up’ its vessels. Next May, its three-masted sailing yacht Le Ponant will navigate the Mediterranean, connecting to the electricity network in certain ports to limit its ecological impact. Launched 30 years ago, it is being fully redesigned at San Giorgio del Porto shipyard, Genoa to accommodate just 32 passengers and 33 crew members, housing 16 passenger cabins.

Spanning polar, tropical or subtropical destinations, yachting and expedition voyages, Ponant plans over 200 itineraries (including 30 new ones) from March to November 2022. Destinations will include the Arctic and the American far north, the Atlantic and Northern Europe, the Mediterranean and the Black Sea, Asia, Oceania and the Pacific. ‘The Med and the Arctic/Antarctic remain, however, our clients’ favourites,’ Bellaiche noted.

This austral summer season will see L’Austral, Le Boréal and Le Lyrial sail the Antarctic, joined by Le Commandant Charcot. The latter will open new sea routes with sailings in the Weddell Sea and the Ross Sea.

Another first for the line during its 2022 Arctic season is four 16-day cruises to the North Pole in July and August, as well as a discovery of the northeastern coast of Greenland in May, covering unexplored territories between Greenland and Spitsbergen, a Svalbard circumnavigation in June and a Northwest Passage crossing comprising its remotest places visited in September.

‘For a few years now, we have strongly internationalised our range of passengers,’ Bellaiche said. ‘Eight years ago, 70% of our clients came from French-speaking countries. It’s no longer the case, now 75% of them are non-francophone.

‘Most come from the United States, so do our many charters. We have a prestigious partnership with Smithsonian Journeys. Unique, as well, are the cruises we organise with National Geographic. All of our ships are bilingual.’

Running in parallel is the company’s aim of enhancing its French roots in atmosphere, service and products: ‘For five years now, we have been benefiting from the expertise of Alain Ducasse Conseil and its consulting experts,’ Bellaiche said. 'On board Le Commandant Charcot, the signature dishes of the famous multi-starred chef and the menus he specially designed are served at the gastronomic restaurant.’

On Le Commandant Charcot, two science laboratories offer a ‘participative science’ encounter for passengers, appealing to ‘younger and more adventure-oriented clientele, according to Bellaiche. Families may make a written request for young children to be involved.

Ponant promotes on board all its ships the kind of tourism, concluded Bellaiche, ‘which is not passive but interactive, where we share knowledge with the people, awaken their senses and consciousness with our specialists, our renowned lecturers, naturalists [and] guides,’ adding, ‘We favour authentic exchanges with local populations.’