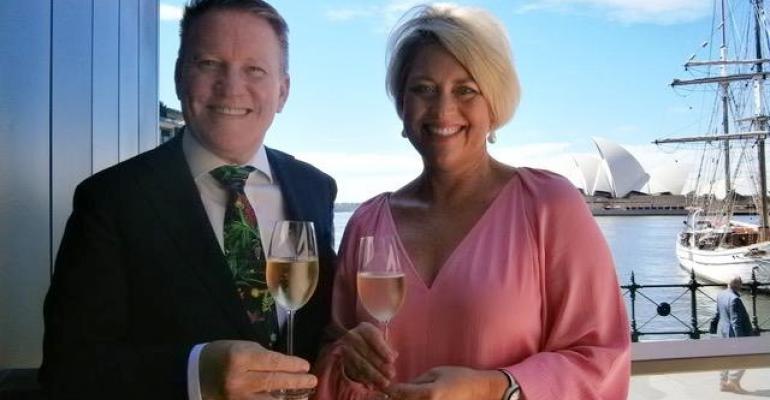 Park Hyatt Sydney, near the Overseas Passenger Terminal on the waterfront at Sydney Cove, was the perfect setting for a media luncheon to highlight Regent Seven Seas Cruises' 30th anniversary celebrations next year.

Odell, who thanked the journalists for ‘keeping the concept of cruising alive’ during the past year, briefed them on an increase in local demand for luxury cruising and closer-to-home itineraries.

He said a number of events are planned for 2022, including 30 special cruises to mark the anniversary.

The company was renamed Regent Seven Seas Cruises in 2006, after Carlson’s upmarket hotel brand, and the following year it was acquired by Apollo Management.

Today Regent Seven Seas Cruises has five ships, each carrying no more than 750 passengers, and a sixth to be launched late 2023. Oceania Cruises has six ships, with a seventh to set sail in 2023, followed by a sister ship in 2025.

He said advance bookings for the postponed inaugural season of Seven Seas Explorer in Australia at the end of the year are selling fast.

As previously reported, Seven Seas Explorer’s early 2021 maiden voyages from Sydney were cancelled due to the COVID-19 pandemic and she is now scheduled to sail on a 16-night ‘Holiday Down Under’ Christmas/New Year cruise to New Zealand on December 20.