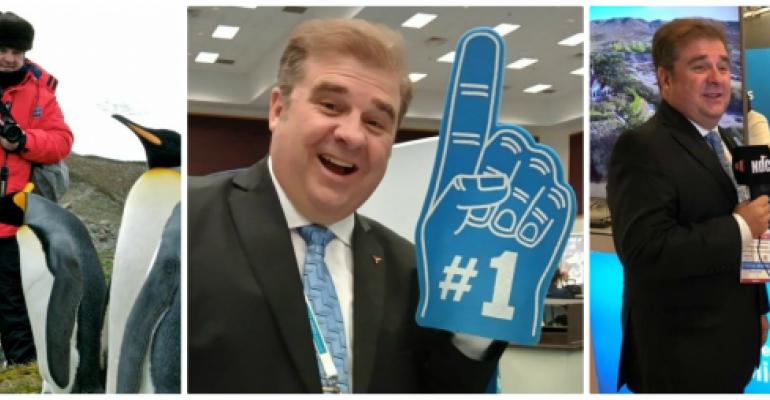 Argentine journalist Ricardo Marengo, whose Noticias de Cruceros is a leading source of cruise news in Spanish, died unexpectedly Thursday night. He was 58.

Marengo suffered a fatal heart attack in his hometown, Mar del Plata, while there caring for his parents during the pandemic.

'He was one hell of a journalist,' said Sebastián Montero, executive director, Southern Cone Ports Corp. 'An excellent professional but, most of all, a good friend, a person you enjoyed being with, someone who enjoyed a cigar.

'Noticias de Cruceros was a great help for the business in the region and worldwide,' Montero continued, 'the best website in Spanish.'

'He was definitely the one staying on top of all the trade news,' said Christophe Cahen, regional manager, the Americas, Seatrade Portfolio, Informa Markets. 'Ricardo was a great friend of Seatrade in the region and our agent in 2012 and 2013. He was my friend.'

Man of the sea

Growing up in Mar del Plata, Marengo was a man of the sea who loved sailboats and, ultimately, cruising. A journalist by education, he worked for the Buenos Aires Herald and in media, including selling advertising for the airport.

His enthusiasm for cruising led him to combine his passion with business, launching Noticias de Cruceros, a mixed B2C and B2B site, in 2009. He served as its CEO and capitán, according to a tribute from his tripulación (crew).

Marengo was also a talented photographer and a radio host, and his latest project was Noticias de Cruceros TV.

'I am truly shocked by Ricardo's passing,' said Juan Esteban Bilbao, CEO, Valparaíso Passenger Terminal. 'He was a great person, a great contributor to the cruise industry in Latin America, a great promoter of it.

'His intelligence, knowledge, his honor and his great passion for the cruise industry will be unmatched,' Bilbao added. 'His wise recounting of the industry's progress in Latin America will be missed by all. How difficult it will be to continue without his presence and advice.'

Besides his parents, Marengo is survived by his wife Lucila Andrea Patti and his daughter from a previous marriage.