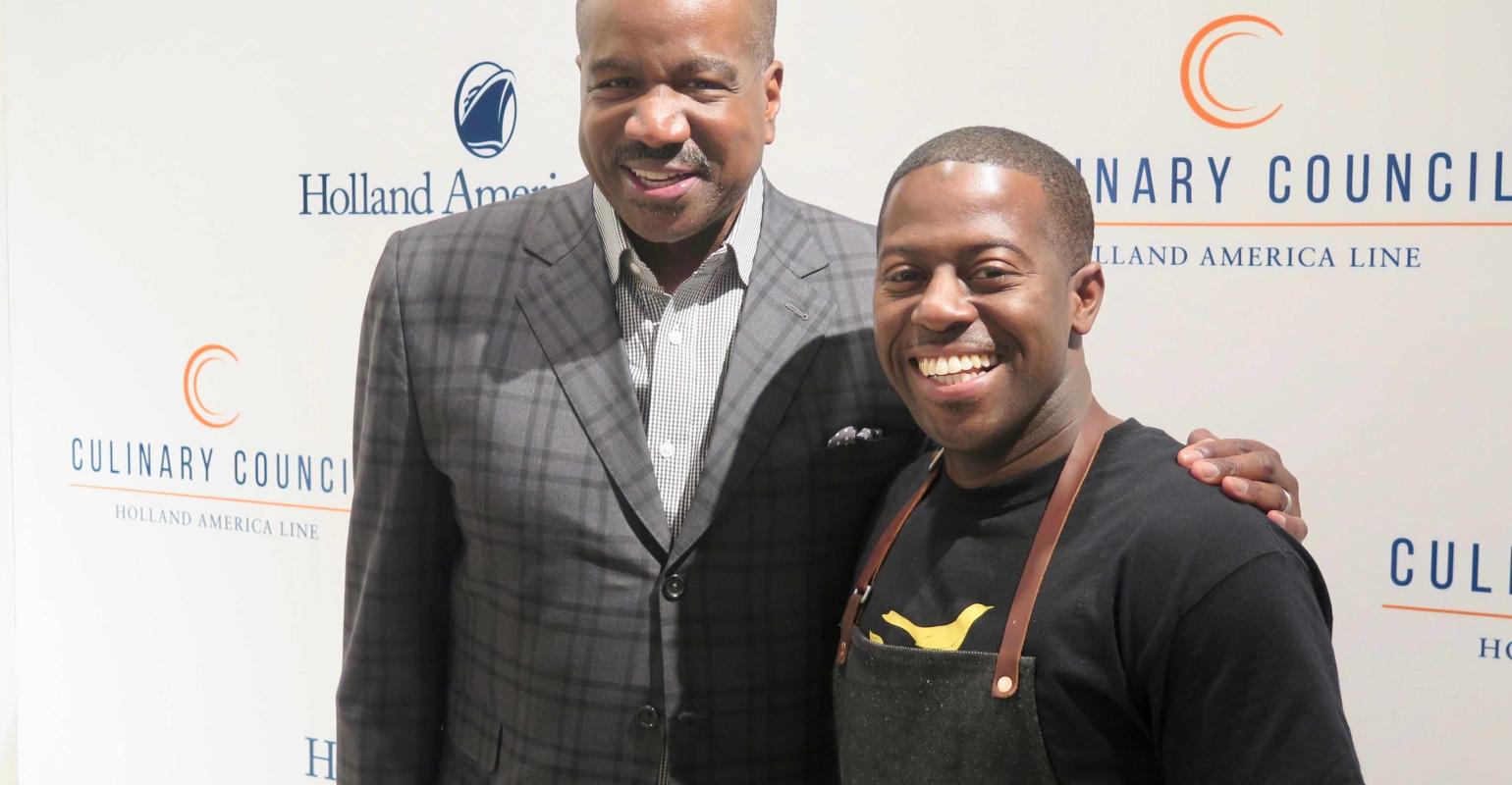 His ‘food with roots’ approach to American fare will be showcased in signature dishes in the dining room and at Lido Market.

In announcing the appointment Friday night at a Manhattan event rich with connections to HAL’s Seattle hometown, President Orlando Ashford remarked that Jordan’s fried chicken — offered just once a week at JuneBaby, one of his three Seattle restaurants — always sells out.

‘I said if I can’t get the chicken, I’ll hire the chef,’ Ashford quipped.

In interviews, Jordan has explained the once-a-week offering is to underscore that Southern food is much, much more than fried chicken.

His distinctive American comfort food for HAL will have Jordan’s own twist and style, with flavorful options including JuneBaby’s macaroni and cheese with Newsom’s ham; collard greens and ham hocks; Momma Jordan’s oxtails with mustard greens; chicken jambalaya; and an Alaska seafood gumbo. But Ashford needn't miss a favorite — smothered fried chicken wings will be among the dishes, too.

‘On top of being a fantastic chef, he’s genuinely a great person who will be a perfect addition to our Culinary Council,’ Ashford said of Jordan. ‘Comfort food dishes are nostalgic and create warm memories and an emotional connection to a meal, and Edouardo will bring our guests familiar favorites, but with flavors that are new and exciting.’

Florida-born Jordan attended Le Cordon Bleu culinary school in Orlando. His early career included work at renowned restaurants such as The French Laundry in Napa Valley, California, and Per Se and Lincoln Ristorante in New York. Following a move to Seattle, he worked at Sitka and Spruce before opening Bar Sajor in 2013 as chef de cuisine. Using that experience, Jordan debuted his first restaurant, Salare, two years later.

Jordan was nominated for a James Beard Award in 2016, was a finalist in 2017 and received the 2018 James Beard Award for Best Chef Northwest. He also was named one of Food & Wine magazine’s Best New Chefs in 2016.

Ashford announced Jordan’s appointment during an event at Seattle-based Nordstrom’s fabulous new (2019) flagship store in New York City. The evening featured dinner at chef Ethan Stowell’s newest restaurant, Wolf, inside Nordstrom. Seattle-based Stowell is a member of HAL’s Culinary Council and, along with his dishes, the menu featured items by Jordan and another Culinary Council member, Kristen Kish.

‘We wanted to bring that Seattle connection to New York,’ Ashford said.

Also present was hospitality design icon Adam Tihany, who is creating the interiors for Holland America's next ship, Ryndam. (More to come.)

The evening was capped with a Cowboy Junkies performance, part of the ‘American Songbook’ series at Lincoln Center Jazz. HAL has a years-long partnership with Lincoln Center for the Performing Arts and features the live music venue Lincoln Center Stage on its ships.