Sharon Siskie on what Disney Wish means for cruising, creativity and women 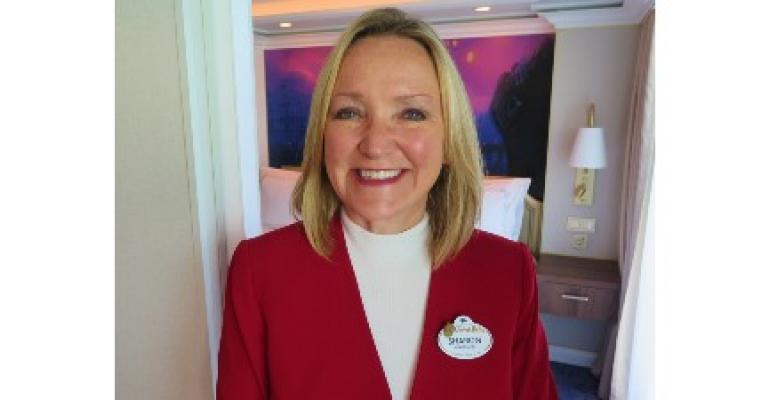 'One of the wonderful things about working for Disney is there are so many opportunities,' Sharon Siskie said aboard the new Disney Wish

As SVP and general manager, she's responsible for the operation and overall leadership of Disney Cruise Line, including its five-ship fleet and private island Castaway Cay.

Before this, she had been chief commercial officer for Disney Signature Experiences. Siskie has 28 years at the Walt Disney Co., having joined the year before DCL's founding in 1995. So she was able to get involved in the cruise business from the beginning, in a variety of ways.

Most of her time has been in sales and marketing. In her last role, Siskie also had responsibility for contact centers, pricing, revenue management teams and deployment.

'We're a company that looks at talent versus experience. So even if you haven't done something before, if you have the perceived capability [you get the opportunity] ... I think that's unique and a really nice aspect of the company.'

'We're an entertainment company first and foremost. We're a Disney vacation experience. And then we're also a cruise line,' she elaborated. 'When we think of family first-timers, the idea of sailing with Disney provides them comfort.' They may not have cruised before, but they know what to expect from Disney.' 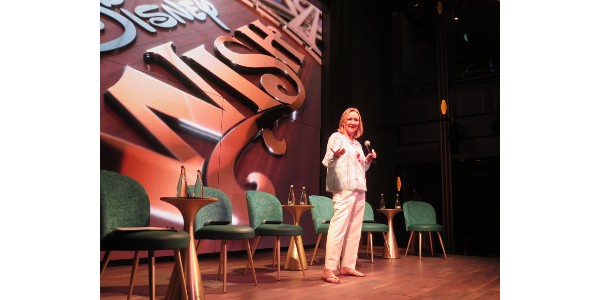 Disney Wish will put a lot of attention on the brand and 'how we've expanded the experiences,' Sharon Siskie said

So the entire fleet helps build the cruise market but 'The Wish will amplify that a bit more,' Siskie said. 'We'll have a lot of attention on the brand with the new ship and a lot of focus on how we've expanded the experiences and found new, exciting ways to bring the brand to life onboard the Wish.

'We know our guests are going to love it, so that's going to help with the word of mouth and building demand for family cruising. That helps all of us. It helps us fleetwide and helps build the business for travel advisors.'

About half of DCL customers are new to cruising, and many come back.

Besides the buzz from a new ship, the added Star Wars and Marvel Entertainment features should cast a wider net in the market, too. They include the Marvel Super Hero Academy and Star Wars: Cargo Bay in Oceaneer Club for ages 3 to 12, the Worlds of Marvel Restaurant with its 'Avengers: Quantum Marvel' show and the adults-only Hyperspace Lounge themed on the Star Wars films.

More Star Wars, Marvel to come on next ships

'When Disney Cruise Line first started, some of these brands, these stories were not part of the Disney family yet. That's what made the design of the Wish so much fun and so exciting because we had this embarrassment of riches, of choices we could make,' Siskie said.

'That's why we're glad we're designing three ships instead of just one. We can do more of this and make additional, maybe different, choices on the next two. The new intellectual property is part of what makes this ship feel fresh and new and fun.'

The women of Disney Wish

Siskie has played a prominent role in the introduction of Disney Wish, together with women like Barbara Bouza, president, Walt Disney Imagineering, who oversaw the team of creatives and engineers who brought the ship to life. Others instrumental within Walt Disney Imagineering were Laura Cobo, portfolio creative executive, who led the design effort; Claire Weiss, creative director, who served as principal interior designer; and Sachi Handke of the Disney Wish creative portfolio, a member of the show design and production team.

According to Siskie, 'Traditionally, women have been underrepresented in the maritime industry. Over the last few years, we’ve started to see a real shift and I’m pleased to say that Disney Cruise Line has played a role in increasing female representation in this industry.'

Women make up about 30% of the Disney Wish crew, exceeding the industry average of 19% identified by Cruise Lines International Association.

'As a woman and a leader, I’m deeply proud of the role our female cast and crew members have played in the launch of the Disney Wish and the commitment our company has made to bringing about this change,' Siskie continued, adding that, as the fleet grows, she looks forward to seeing women play a 'significant role' in DCL's future.