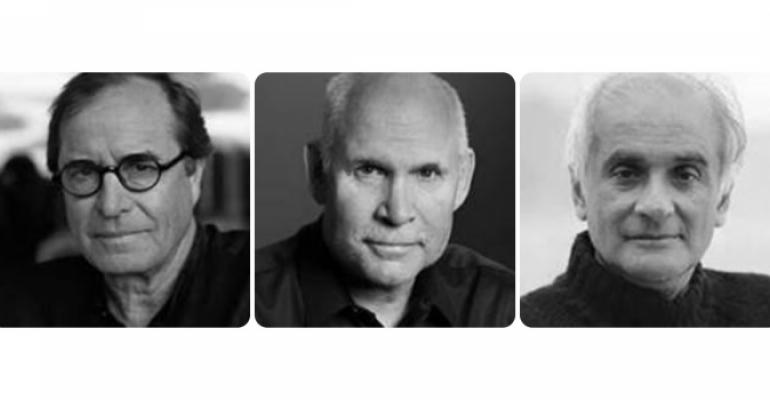 The 138-day journey will sail from Fort Lauderdale to Copenhagen, exploring 69 destinations in 32 countries.

As well as hosting presentations on a variety of topics while on board, each 'tale teller' will contribute a chapter to the 'Tale of Tales' anthology that will be gifted to passengers as a keepsake. This follows the success of a similar concept for Silversea's 2019 world cruise.

The storytellers are author Paul Theroux (Fort Lauderdale to Guayaquil), whose books include 'The Old Patagonian Express: By Train through the Americas' and 'The Mosquito Coast.'

US economist Joseph E. Stiglitz (Guayaquil to Ushuaia) is a former chief economist at the World Bank and former chairman of the (US President's) Council of Economic Advisers.

Author, geographer and cartographer Nicholas Crane (Ushuaia to Cape Town), a former president of the Royal Geographical Society, has presented many TV series on BBC2 and more than 80 BBC films.

Archaeologist Monica Hanna (Mahé to Aqaba) is acting dean of the College of Archaeology and Cultural Heritage at Egypt’s Arab Academy for Science, Technology and Maritime Transport.

Eamonn Gearon (Aqaba to Athens) is an author, analyst and public historian who has spent more than 20 years living and working across the Middle East and North Africa.

Asma Khan (Bordeaux to Reykjavik) is the chef and owner of the restaurant Darjeeling Express, a cookbook author and the first British chef to feature on Netflix's Emmy-nominated ‘Chef's Table.'

Explorer Christina Franco (Reykjavik to Copenhagen) won the Polar Race with teammate Justin Packshaw in 2005 and is the last woman to attempt a solo crossing of the pack ice to the North Pole.