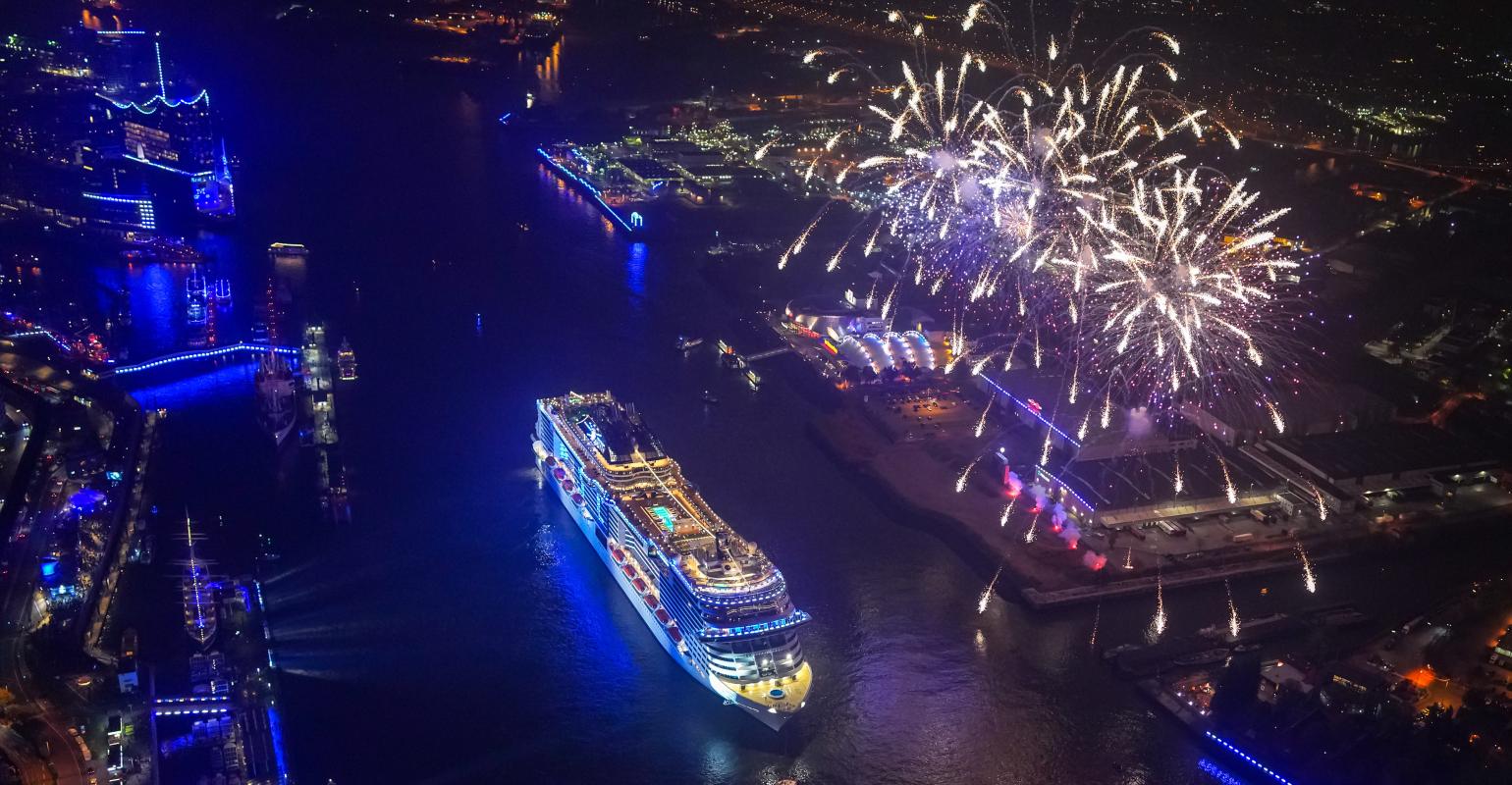 A purpose-built MSC Village on the banks of the Elbe brought the festivities to shore, welcoming 5,000 locals to experience the christening from land with live music and food trucks

On the fourth and final night of celebrations in Hamburg, MSC Cruises’ resident godmother, Sophia Loren, cut the ribbon to send the champagne bottle crashing against the bow of the 331mtr long ship as guests gathered in different locations onboard.

Many lined the Galleria Grandiosa, the ship’s iconic 93mtr-long Mediterranean promenade deck as live coverage of the naming event was streamed onto the LED roof above. The ceremony was hosted by actress, TV presenter, model and singer, Michelle Hunziker alongside co-host TV host & actor Jochen Schropp, one of Germany’s favourite entertainers.

Thousands watch from the city

A purpose-built MSC Village on the banks of the River Elbe brought the festivities to shore, welcoming 5,000 locals to experience the christening from land with live music and food trucks.

It is the 15th MSC Cruises ship Loren has named.

The bottle smashing against the hull signalled the start of a massive firework display over the ship. MSC Grandiosa then passed through a gateway of blue light returning to her berth as guests tucked into a gourmet four course gala dinner menu created by 3 Michelin starred German chef Harald Wohlfahrt.

For starters, a choice of chilled king crab salad with crustacean coulis and imperial caviar or Guinea fowl napoleon with apple-ginger quenelle, Riesling gelée and brioche.

Next up a traditional German dish, Maultasche - pasta filled with winter truffles and pistou sauce and the main dish an oven-roasted turbot or duo of veal tenderloin. To finish, a pistachio parfait with orange granité and exotic fruit cocktail or chocolate tart with caramelised pears and vanilla-mascarpone ice cream.

Guests will dance into the night in the Galleria Grandiosa, where popular German DJ Mousse T. and British singer Emma Lanford will perform.