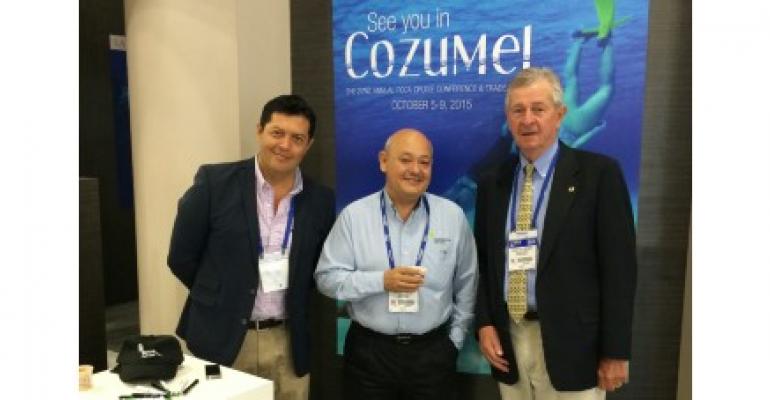 Martín Andrade Madriz, center, was passionate about the cruise business and his country's development. He is pictured as part of the Mexico delegation at a Seatrade event

Andrade oversaw SSA's international cruise terminals in Cozumel and Progreso. He was known for his commitment to Mexico's development, its port communities and the Yucatán’s tourism sector.

'We’ve lost a true professional, friend and family man in Martín,' said Dustin Nason, VP cruise division, SSA Marine. 'I had the privilege of working with him when I was at Royal Caribbean, and later as a colleague with SSA Marine. We mourn his loss, but celebrate his life and the positive impact he had within the industry and the community.'

Andrade was passionate about the cruise business and focused on passenger and crew security in the ports he operated, according to Trino Molina, director general of Aviomar AdvenTours, adding: 'We will miss him.'