Terry Thornton reflects on a dynamic career at Carnival 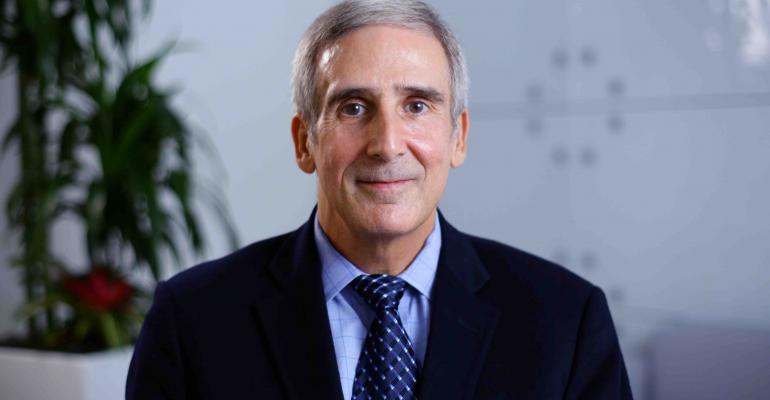 'I'm not retiring. I want to be involved in a rebuilding effort for the industry,' Terry Thornton said

Terry Thornton, who created Carnival Cruise Line's first revenue management system and the largest network of US homeports for any brand, is among those leaving in the recent COVID-19 cutbacks.

He spent 33 years in the Carnival Corp. family, nearly all at the Fun Ships brand, most recently as SVP nautical and port operations.

Said a colleague: 'There was really no part of the company that he'd not had some involvement in at some level. He is very much a numbers guy but has a creative side. He is an outstanding manager. People who worked for him loved him. He's smart, talented, respected and personable — the kind of individual you want to work with or for.'

Thornton has one regret: Not being able to help Carnival's recovery. He's saddened about so many colleagues losing their jobs and the uncertainty that hangs over the crew: 'It's heartbreaking.'

But, of all the brands, Carnival is 'best positioned to come back successfully,' in his view, because it sails from so many homeports with good drive markets, is known for the kind of short cruises that are likely to be the initial focus and has access to many private destinations that can offer a controlled experience.

Over decades, Thornton's favorite memory is the people. 'Whenever Carnival ran into a roadblock, people quickly dropped everything to rally around. We rally around as a company, at all levels,' he said, attributing that to the culture set by Micky Arison and his father Ted, Carnival's founder.

Also, 'It's a fun place to work. It's not all hierarchy but very much like a family. Anybody can pick up the phone or go to see people to talk about anything.'

Though revenue management is routine now, that was not the case when Thornton started at Carnival in the late 1980s. He worked in marketing planning, putting together the line's first pricing model and promotions. Eventually Carnival decided to build its own revenue management system instead of buying a package.

'It turned out to be the best thing possible,' Thornton said, noting that revenue management is 'part technology and a lot about people,' with judgments to be made based on the data. The system gave a clear view of which products were ahead or behind and greatly helped decision-making on pricing and promotions.

Widest range of US homeports

On the deployment side, 'We figured it would be very helpful to have a multitude of US homeports so people could drive to the ship,' he said. 'Having the largest network of US homeports of any brand has served us very well.' This made cruising accessible to many first-timers and spread out the sourcing.

At first these market determinations were not very sophisticated and largely a combination of Thornton and his boss Bob Dickinson's gut feel. Over time they became much more analytical, based on itinerary profitability derived from ticket revenue, on-board revenue, fuel costs and port costs.

'We put analytics in place. When we wanted to try new itineraries, we instituted "test and learns," trying a few itineraries to see how they performed. That's how we built and optimized itineraries,' Thornton explained. 'This kept evolving, with more data, more information. We were informing the marketing team where the business would come from and started developing models for the marketing team with guest sourcing forecasts so they could make marketing plans.'

In the early 1990s, Carnival began sailing from Tampa and New Orleans. Capacity was then built up in Galveston and in California at Long Beach, where Carnival developed its own terminal, first using part of the massive geodesic dome that had housed Howard Hughes’ Spruce Goose, and eventually expanding into the full space. Sailings were introduced from New York. Baltimore and Mobile became year-round homeports. Alaska cruises were added from Seattle. Norfolk became a seasonal homeport.

Thornton was involved in negotiating the structure of long-term deals and in building terminals at a number of ports. 'None of these things happened overnight. They took time, negotiations and creating the right financial model,' he said.

Ports of call were expanded, too, and Carnival Corp. and its brands developed private destinations like Half Moon Cay, Princess Cays, Grand Turk, Amber Cove, Mahogany Bay and Cozumel's Puerta Maya facility. Carnival Cruise Line will at last have its own Bahamas destination, on Grand Bahama, which is going to be 'spectacular,' Thornton said, and part of Half Moon Cay will be developed for Fun Ship visitors, with a pier.

All the while, itineraries were reviewed monthly and Carnival kept evolving and changing, trying new things and adding capacity to ports that were doing well.

Carnival worked with Mobile on its terminal, with Miami to upsize D and E, with Galveston to bring on a second berth, with Charleston for a new terminal, and with Baltimore and Norfolk on their facilities. Thornton credited Port Canaveral with 'amazing' efforts on Terminals 6, 10, 5 and, due for completion in the coming weeks, Terminal 3 for Mardi Gras, with 187,000 square feet of space, a vast parking garage and protocols for LNG bunkering.

Carlos Torres de Navarra, who worked closely with Thornton for years, considers him a 'selfless teacher' who's willing to share his knowledge and wisdom. 'He taught me many lessons on the value of attitude and perseverance. The nature of the work he and I were involved with required us to keep pushing initiatives even when it seemed that success was not assured. However, being in control of your attitude and ability to persevere through the low points was something he demonstrated constantly.'

Torres de Navarra cited their work from 2014 to 2017 to secure approvals for Carnival’s Grand Bahama project. 'During these years he had some health issues which would have set most people back. But Terry’s ability to keep a positive attitude under difficult circumstances and persevere during this time not only helped me at the time but should be character traits to embrace during these difficult and uncertain times,' Torres de Navarra said.

Another area Thornton oversaw was guest care, the department that handles issues after a cruise. His goal was to resolve things on board by empowering the shipboard team to make changes or offer compensation, if justified. This made happier travelers and reduced calls to guest care.

For a stint as SVP international — in tandem with overseeing commercial port operations — Thornton led the market research to put a Fun Ship into Australia in 2012 and worked closely with the team there.

Thornton began his cruise industry career in 1977 at Norwegian Cruise Line in financial planning. He went on to become part of the start-up team for luxury line Sea Goddess under Helge Naarstad and Ron Kurtz. Joining Windstar Cruises in 1986, he was there when Carnival Corp. acquired its parent company, Holland America Line, a few years later. Thornton went to Seattle when Windstar moved there but he wanted to live in Florida.

That's when Bob Dickinson recruited him to Carnival.

Rick Meadows, who was in sales there at the time (and just retired from the Seabourn presidency after 35 years at Carnival Corp.), called it 'a distinct pleasure to have worked with Terry for so many years. His highly collaborative and supportive nature is the perfect combination to help both take advantage of opportunities and solve complex challenges. He’s such a fantastic person, big heart and always there to assist.'

True to that, Thornton said: 'I'm not retiring. I want to be involved in a rebuilding effort for the industry. I've got a lot of ideas.'