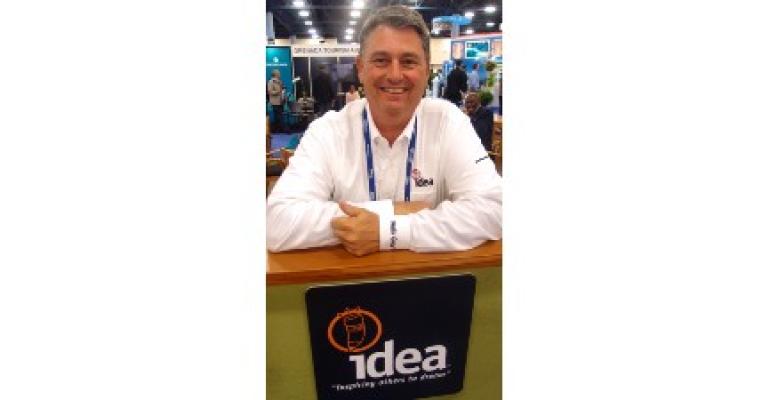 Hugh Darley founded IDEA, Inc. in 2005. It has specialized in waterfront development

Darley is the founder and president of IDEA, Inc. in Orlando.

'I want to continue to add value to brand leaders who desire creative vision planning and wish to innovate and push industry boundaries,' Darley said. He can be reached at hughdarley.com.

Since 1995, IDEA, Inc. has conceptualized and developed integrated branded vision plans for travel and tourism destinations worldwide. Darley and his team have provided design, planning and production services for the cruise, hospitality, entertainment and tourism sectors. 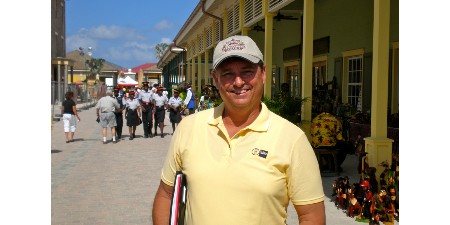 At Falmouth in 2011, voted Port of the Year in the Seatrade Cruise Awards

Historic Falmouth Cruise Port was voted Port of the Year in 2011 at the Seatrade Cruise Awards while Tortola Pier Park won in 2017, and Harvest Caye was named Best New Cruise Port in 2019 by Porthole Cruise and Travel.

Darley began his career as a Walt Disney Imagineer in 1982. Over 40 years he became a leader in the cruise tourism, entertainment and hospitality industries, working in more than 78 countries.

'He established himself as a respected industry veteran with proven success collaborating with multidisciplinary development teams,' Ward said. 'He has been successful assessing stakeholder expectations that translate directly into strategic planning, creative design principles and management of the development process. Hugh is also a collaborator and dear friend.'

Las Vegas and beyond

Darley created and developed iconic destinations such as Circus Circus Enterprises’ Luxor and Wynn's Treasure Island Hotel and Casino in Las Vegas. In 1997, he was honored by the Themed Entertainment Association and received the Attraction of the Year Award as creator and executive producer of 'Star Trek: the Experience' for Paramount Parks/Hilton. Other projects include Wayne’s World Attractions, Top Gun Roller Coasters and Days of Thunder motion simulator rides for Paramount Parks.

The power of storytelling

LeVar Burton, actor, director, producer and founder of LeVar Burton Entertainment, said Darley 'truly understands the power of storytelling and its ability to move the human spirit. From the Star Trek franchise to his work on ports of call for the cruise industry, when you work with Hugh, you are working with the very best in the imagination space.'

Darley has been a frequent speaker at Seatrade Cruise Global and events of the Florida-Caribbean Cruise Association and International Association of Amusement Parks and Attractions. He also served as a lecturer at the Harvard School of Design.