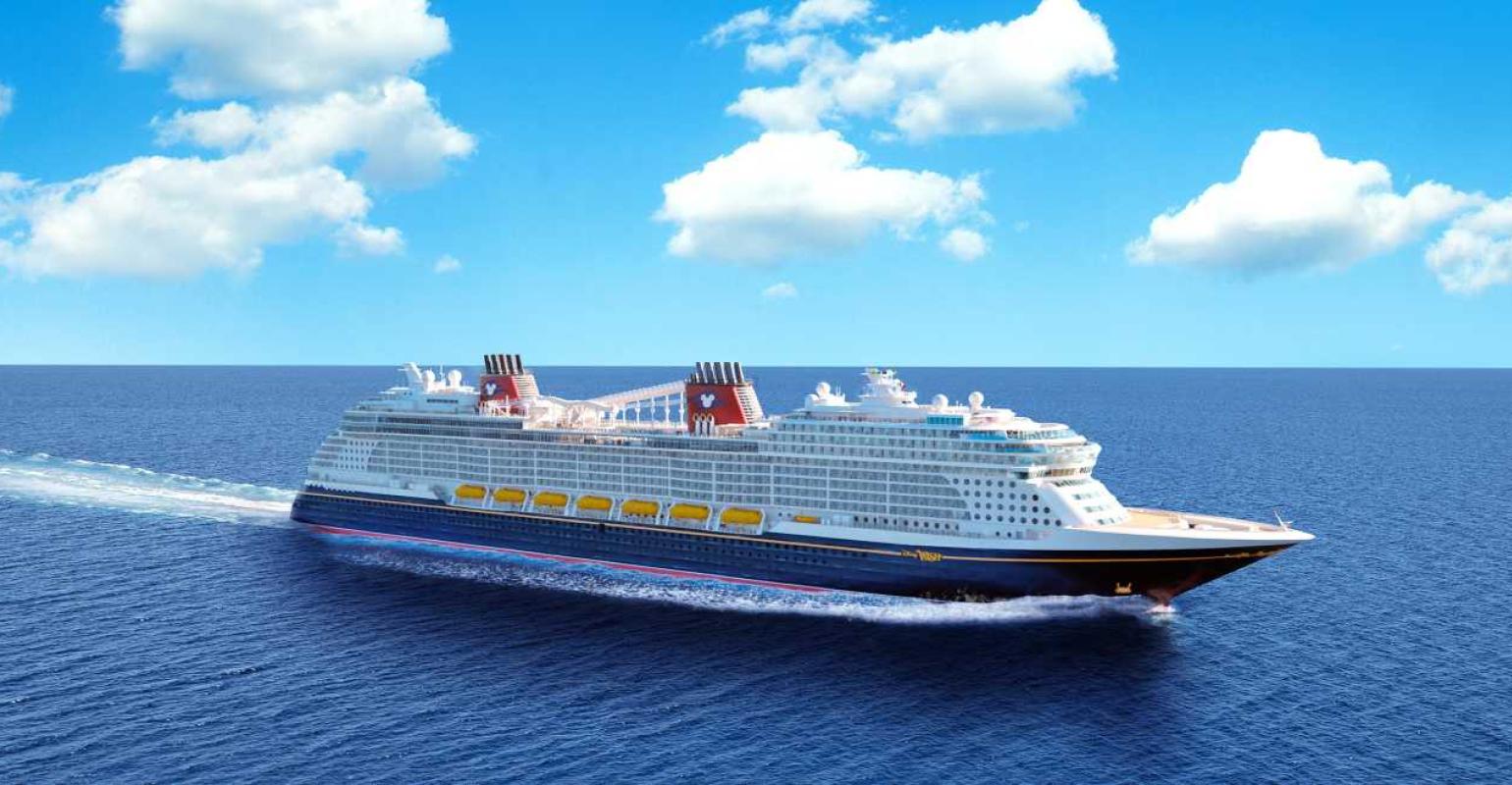 Disney has granted cruise wishes to thousands of children over the years. Here, a rendering of the new Disney Wish
The Walt Disney Co. made a $1m donation to Make-A-Wish, highlighting its 41-year relationship with the charity that grants life-changing wishes to children with critical illnesses.

Walt Disney Co. CEO Bob Chapek said 'making wishes come true is a big part of Disney’s DNA,' and the company looks forward to working with Make-A-Wish to create 'even more special moments for deserving wish kids and their families in the years to come.'

Since 1980, Disney and Make-A-Wish have helped grant wishes for more than 145,000 children around the world. Historically, one of every two wishes granted in the US is a Disney wish, with many of these wishes involving visits to global Disney destinations and Disney cruises.

'Knowing that Disney’s next cruise ship will be the Disney Wish, I can’t help but think of the countless children who have experienced the power of a wish come true to help them overcome so many challenges,' said Richard Davis, president and CEO, Make-A-Wish America. 'Make-A- Wish gives families hope when it matters most, and that hope is needed now more than ever. I’m grateful for Disney’s ongoing support to help us deliver even more joy and strength to families.'

Some of the thousands of Make-A-Wish alumni who have had Disney cruise wishes granted throughout the last 20 years were featured in the Disney Wish virtual reveal as Broadway star and international performing artist Syndee Winters performed 'When You Wish Upon a Star.'

In 2010, her youngest brother Logan was diagnosed with a brain stem glioma, so he became eligible for Make-A-Wish. His wish was to go on a cruise, and Make-A-Wish made that happen. Now Logan is 16, and he’s beaten the glioma and is thriving, Winters said.