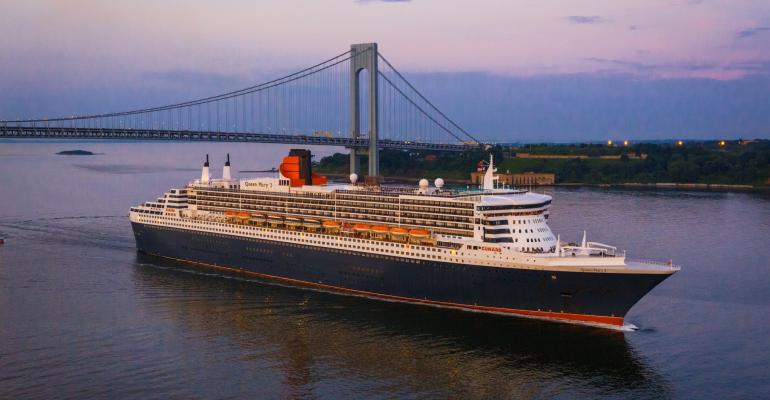 The veterans will be aboard Queen Mary 2's New York to Southampton crossing embarking June 5, 2022
In partnership with The Greatest Generations Foundation, Cunard will again pay tribute to World War II heroes during a trans-Atlantic crossing.

Several veterans will be featured in the fourth such enrichment program on board Queen Mary 2's New York to Southampton voyage, June 5-12, 2022.

Passengers will have the opportunity to attend lectures and interact with several WWII veterans, hearing first-hand about their wartime experiences. From the Battle of the Atlantic and the D-Day landings in Normandy to the last living survivor of Pearl Harbor, these distinguished war heroes will engage in discussions and question and answer sessions.

Plus veterans of other wars

A special feature of this crossing will be the inclusion of veterans from the Korean, Vietnam, Iraq and Afghanistan wars.

'Ever since we first introduced this very special program in 2017, guests have been riveted by their very moving and personal narratives, resulting in standing ovations every day,' said Jamie Paiko, VP sales Cunard North America. 'We are both humbled and thrilled to welcome back some returning WWII veterans to our flagship, and to meet some veterans new to the Cunard experience.'

Among the veterans scheduled to appear is Steve Melnikoff, 102, who experienced the full horrors of Omaha Beach when he served in 1st Battalion, 175th Regiment of the 29th Infantry Division and who earned three Bronze Stars and two Purple Hearts for his service.

Mickey Ganitch, 102, served as a senior chief quartermaster in the US Navy and witnessed Pearl Harbor then went on to fight in 17 battles throughout the Pacific.

Harold Angle, 98, who served in the 112th Infantry Regiment, 28th Infantry Division, marched down the Champs-Elysées on Aug. 29, 1944, in the Liberation of Paris.

Two of several other scheduled veterans include one who served in the US Marine Corps and fought in the Pacific and a Jewish American combat intelligence observer captured during the Battle of the Bulge who was held as a prisoner of war in Nazi Germany.