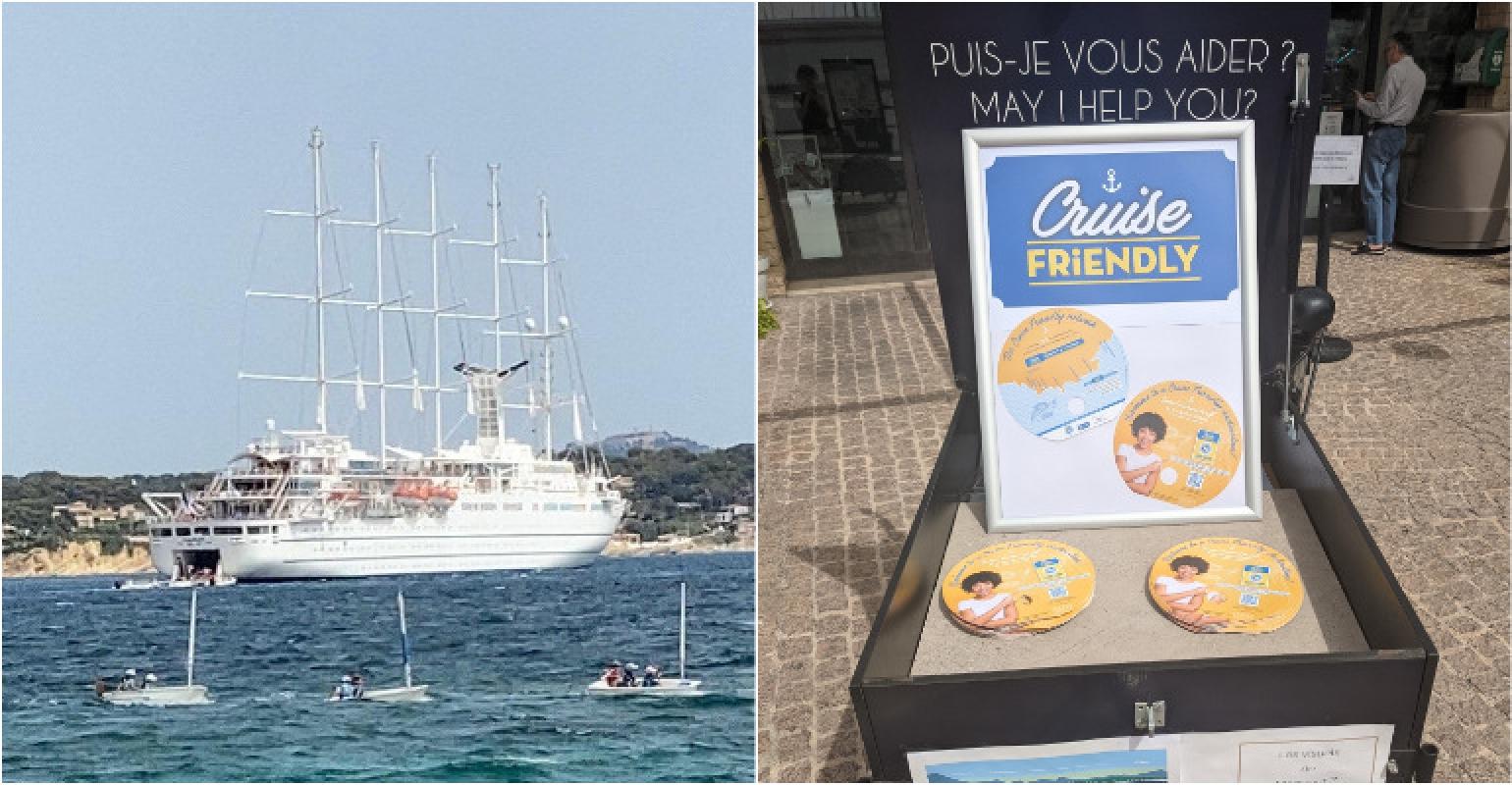 The five-masted schooner made a stopover at Bandol port
Approximately 30 cruise calls are expected at Var Provence's nine ports in the coming months, carrying a combined 20,000 passengers.

This year has been described by Var Provence as one of ‘gentle recovery’ for cruising in the region, with the arrival of ClubMed’s Club Med 2 at the Port of Bandol heralding a return to cruise operations locally.

In contrast, 150 calls are announced for 2022 – including several inaugural calls – with nearly 200,000 passengers expected.

Club Med 2’s stopover on July 12 at Bandol port marks the first time a cruise vessel has called in Var Provence this year.

France gave the go-ahead for domestic cruising to resume from June 30.

69 shopkeepers in Bandol have agreed to sign the ‘Cruise Friendly’ quality charter, stipulating they will keep their stores open during cruise calls, provide a welcoming atmosphere for passengers, speak English and offer a special discount or gift upon any purchase.

Almost 800 merchants in Var Provence are signed up to the website, including in Saint-Raphael, Frejus, Cavalaire, Le Lavandou, Hyeres, Toulon, La-Seyne-sur-Mer, Sanary, Bandol and Le Castellet.

According to Var Provence, La Reunion and La Martinique, the ports of Yokohama and Sete are part of the network of Cruise Friendly destinations.