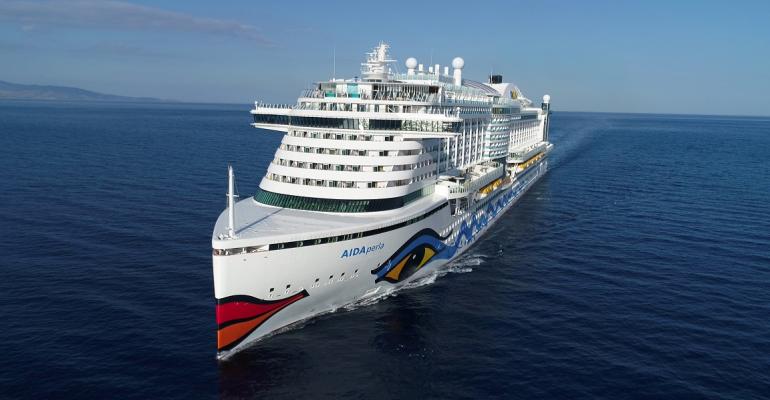 AIDAperla's weeklong cruises from Las Palmas were extended to mid-May

AIDA Cruises is extending its Canary Islands program on AIDAperla, set to start March 20, until the middle of May and canceled sailings to other destinations.

With this news, AIDAperla resumes its route operated until the end of December when cruises were halted. AIDAmar's planned Canaries sailings are not going to be reactivated in the immediate future. Its departures, planned for March and April, were canceled with all passengers rebooked on AIDAperla.

Also canceled: AIDAsol cruises from Hamburg and Rotterdam to Northern Europe and Norway between March 20 and April 3 and AIDAluna from Hamburg on March 31 and April 4.

Suggestion to rebook on AIDAperla

The company said passengers on aborted sailings may wish to rebook to the Canary Islands instead. In recent months, the islands have experienced consistently low COVID-19 incidence rates. AIDA requires a negative PCR test before traveling, regular health checks on board, distancing and enhanced hygiene practices. The medical center on board has capacity for COVID-19 testing.

Owing to current regulations which permit only domestic cruises within the Spanish archipelago, Madeira was dropped.

A virtual meeting between Chancellor Angela Merkel and the federal states' prime ministers this week led to Germany's lockdown extended some three weeks, until March 28, though with gradual easing allowed depending on local infection rates.

While some businesses will be able to open starting next week, there was no allowance for tourism, including hotels, to resume operation. Moreover, the different federal states can implement their own regulations.

No clear path for cruising

It is still unclear if tourism may be able to restart over the Easter holiday period in early April. Political decisions will be taken later this month.

And there's no word on when cruises may start at German ports, either.

The federal government is under increasing pressure for its pandemic management, restrictions no longer understandable to much of the public, poor communication and the very slow vaccination rate.

With public pressure and dissatisfaction growing, several measures toward ending the lockdown include accelerating vaccinations and testing, with free weekly tests to become available for all Germans later this spring.