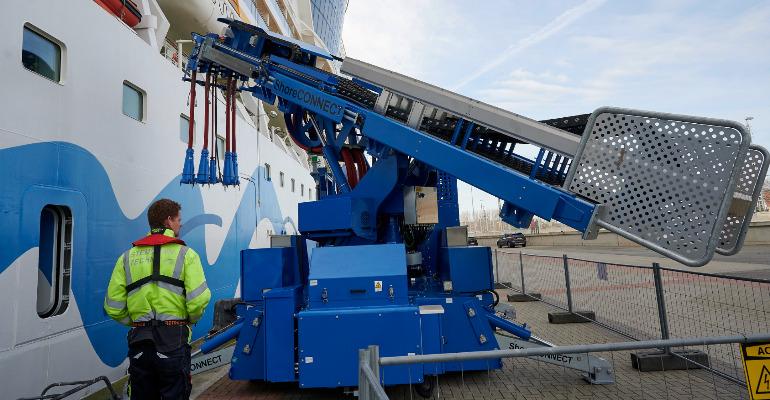 The operator said that – despite the infrastructure’s complexities coupled with various challenges onshore and on board – the process went well and electrical supply was stable on most calls intended to take shore power.

Elsewhere in Europe, AIDAmar has conducted initial testing of a new shore power plant in Bergen, Norway after cruising resumed there at the end of August.

AIDA started using shore power at the first plant of its kind in Europe, Hamburg-Altona, in 2017. Warnemünde's plant followed on May 10 this year and the regular supply of shore power at Kiel started on June 16.

The plants at Warnemünde and Kiel were built based on agreements between AIDA Cruises, the port operators of Kiel and Rostock as well as Germany’s respective federal state governments.

AIDA stated that it ‘appreciated’ various countries’ plans to have shore power infrastructure installed in their respective cruise ports.

AIDA yesterday confirmed its ambition to inaugurate the first zero-emission cruise vessel by 2030. Two important steps on that road will be the implementation of a fuel cell on AIDAnova next year plus installation of a battery storage system – with capacity up to 10 MWh – on another AIDA vessel, planned for 2022. The name of the chosen vessel was not disclosed but AIDAperla is a strong candidate, Seatrade understands.

AIDA is helping to develop a number of other technologies, including wind power, photovoltaics, the generation of biogas (from food waste, or pyrolysis of paper, plastics, etc.) but shore power remains the company’s most popular step towards lower emissions.