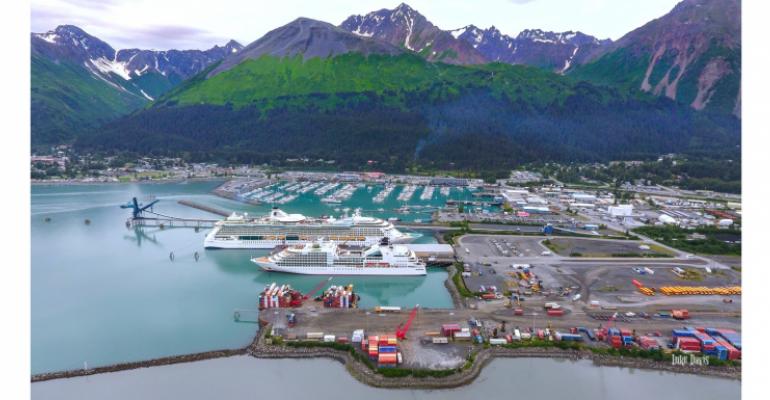 Thousands of cruise passengers explore Alaska via Seward each year

The Alaska Railroad Corp.'s plan for a new Seward cruise dock and terminal advanced a step with the state legislature authorizing ARRC to sell bonds to pay for the project.

Pending approval by Alaska's governor, ARRC will be able to sell up to $60m in bonds to replace the aging Seward dock, which serves thousands of cruise passengers each summer.

'And, we are thrilled the legislature provided its resounding support for this vital project that strengthens Alaska’s cruise market in Southcentral Alaska,' O'Leary added. 'Now, we will get to work making this new dock and terminal a reality for the benefit of our tourism partners across the state who are ready to welcome cruise guests for decades to come.”

No funding from state dollars

Because ARRC has its own bonding powers, none of the project costs for the replacement of the dock and terminal facility will come from state dollars. Total project costs are estimated at nearly $80m to replace the dock and terminal. Revenue bond debt will be repaid from dock user fees. The remaining costs will be paid through existing dock fees and ARRC capital funds.

The project is on the fast track with support from Royal Caribbean Group, a longtime user of the Seward cruise. ARRC and the company are finalizing a multi-year berthing agreement that features an annual revenue guarantee. The Group's Royal Caribbean International, Celebrity Cruises and Silversea Cruises are all calling Seward this season.

'For those cruise visitors who want to get the most out of their Alaska vacation experience, Seward is at the top of their list,' said Wendy Lindskoog, regional VP government relations for Alaska and the West Coast, Royal Caribbean Group.

'Great guest experiences are inclusive of sound destination infrastructure, innovative ships, exceptional onboard service and plenty of things to see and do in the communities we visit. For many years, we have benefited from the strong community and business relationships in Seward and the Alaska Railroad Corporation’s pending improvements to the passenger dock will be critical to Seward’s continued status as a vibrant cruise transportation hub.'

With legislative approval, ARRC is on track to invest more than $100m in the community of Seward over the next five years through large-scale capital projects including the new dock and terminal. There is also a separate project to upgrade Seward's freight terminal.

'The Alaska Railroad has been an excellent partner with the city and community, and we look forward to our continued partnership,' Seward City Manager Janette Bower said. 'We believe in this vital project and the economic benefit it provides through cruise ship tourism dollars for our local businesses, including commercial passenger vessel funds for both the city and borough, the marine industry in Seward and throughout the state.'

Under the current construction timeline, the new dock will be operational for the 2024 season with the terminal to follow by 2025.