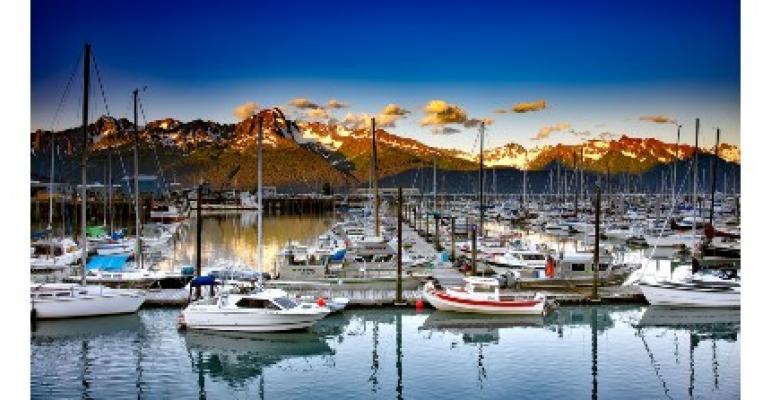 Alaska Railroad Corp. (ARRC) is pursuing a mega-project to replace its cruise passenger dock and terminal in Seward while also finalizing a multi-year berthing agreement with Royal Caribbean Group.

If the Alaska State Legislature greenlights ARRC’s bond funding initiative this session, the new passenger dock can be up and running at the start of the 2024 summer season. The railroad said the deal is not only important to Seward as a cruise passenger favorite, but also to the thousands of businesses statewide that rely on travel and tourism dollars.

The existing passenger dock, built in 1966, is owned and operated by ARRC.

The new dock is a lifetime project for the railroad. Once completed, it will be an essential transportation link, ARRC said, ensuring Seward’s ongoing role in connecting the Southeast Alaska cruise industry to the tourism businesses in interior and Southcentral Alaska.

ARRC plans to fund the project by selling $60m in bonds. That requires legislative approval. Legislation authorizing ARRC to use its bonding authority has moved out of the transportation committees in Juneau, with bipartisan support. The bills introduced are Senate Bill 218, sponsored by Senate President Peter Micciche, a Republican, and House Bill 366, sponsored by the House Transportation Committee, chaired by Rep. Grier Hopkins, a Democrat.

'The opportunity to finance this critical piece of Alaska’s infrastructure without having to use state dollars is vitally important,' Micciche said. 'ARRC has its own bonding powers and none of the $60 million to be raised for the project will be carried by the people of Alaska. This dock is essential to a valuable part of my district, Seward, the Kenai Peninsula, and, frankly, all of Alaska’s tourism industry.'

'While this dock will be built in Seward, thousands of visitors who arrive and depart from there spend time in Fairbanks,' Hopkins said. 'It is very important to my constituents that we keep every option open for people to visit Alaska.'

Total project costs are estimated at nearly $80m to remove the existing dock and terminal facility and build a new dock and facility. Revenue bond debt will be repaid from dock user fees once the new dock is operational. The remaining costs will be paid through existing dock fees and ARRC capital funds.

The project also has the support of a longtime partner of the Seward cruise ship terminal, Royal Caribbean Group. The company is finalizing a multi-year berthing agreement with ARRC, which features an annual revenue guarantee. The Royal Caribbean International, Celebrity Cruises and Silversea brands are all calling at Alaska this summer. The first ship is set to arrive in Seward May 13.

'Our cruise ship brands have enjoyed operating out of Seward and working with ARRC for more than 20 years, as evidenced by our deep community relationships and support of local businesses. Guests view Seward as a great destination to build Alaska vacation memories that last a lifetime,' said Josh Carroll, VP destination development, Royal Caribbean Group. 'We applaud ARRC for taking the initiative to obtain legislative approval for securing the financing necessary to rebuild the Seward dock and we have no doubt that better cruise facilities will lead to increased railroad visitors benefiting Alaska communities.'

Gateway for more than a century

'Seward has been the gateway for the railroad to bring people to Alaska for over 100 years. This opportunity to replace and enhance this dock will ensure that we are able to show off Alaska to visitors for decades to come,' ARRC President and CEO Bill O’Leary said. 'This is a lifetime dock for us, and it will be an important connection for other communities along our rails in Alaska and we are thrilled that we have support stretching from the community of Seward, to lawmakers in Juneau along with Governor Dunleavy.'

For the 2022 cruise season, passengers will disembark at the current dock.

O'Leary is at Seatrade Cruise Global this week.