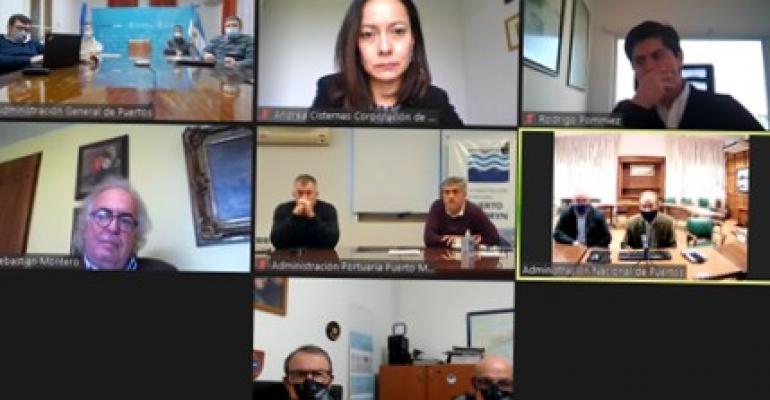 Port representatives from Argentina, Uruguay and Chile agreed to establish a common strategy for the return of cruise ships in the 2021/22 season.

In a virtual meeting, the third in recent months, they agreed to maintain a dialogue and a permanent work agenda to promote cruising. It was also decided the three countries should collaborate on health protocols that provide assurance to cruise lines and the communities visited.

The upcoming season will depend on multiple factors, including the COVID-19 situation in the countries, the opening of borders, advances in the vaccination process, the arrival of the Delta variant to the continent and cruise lines' decisions.

At the meeting, Argentina was represented by cruise port authorities including José Beni, controller of the General Administration of Ports of Argentina; Patricio Hogan, deputy auditor; Ricardo Ferreyra, operations, safety and environment manager; and Ariel Deán, manager of communication, institutional and international affairs.

'Although there is still uncertainty about the next cruise season in Chile and that the country's borders will remain closed until July 14, we are optimistic about the reactivation of cruise activity,' Montero said. 'In this context, the existence of a trinational alliance helps us to exchange points of view and establish collaboration strategies, which will allow us to better face the future of the industry in our continent.'