Around the World cruise destinations are ready and waiting 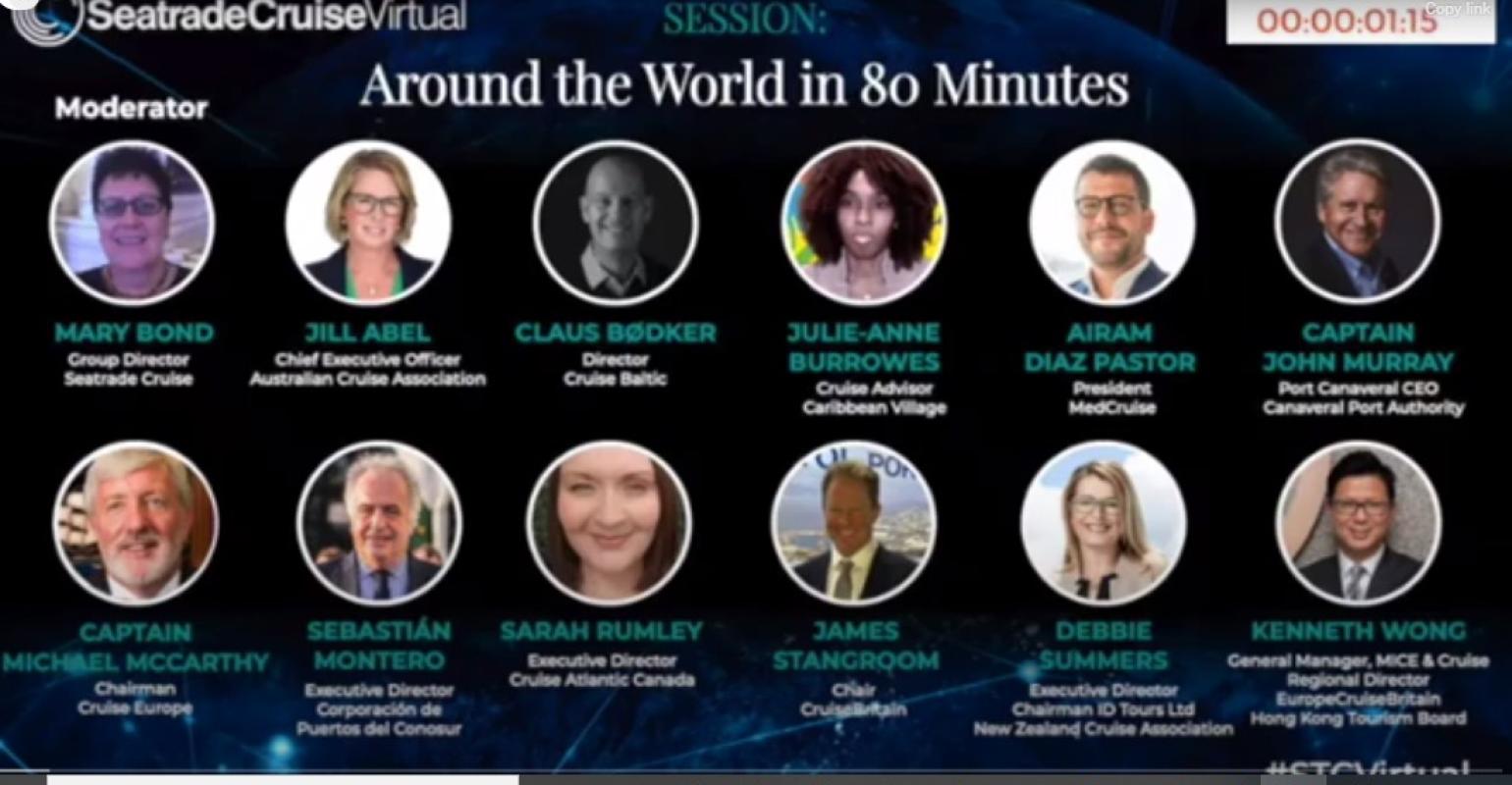 Group Director Seatrade Cruise Mary Bond played Phileas Fogg at Seatrade Cruise Virtual when she travelled around the world within 80 minutes to discover how ports and destinations are recovering from the COVID-19 pandemic.

Bond headed deep down south into the Pacific Ocean to the land of the long white cloud where Debbie Summers, Chairman of ID Tours Ltd and Chairman of the New Zealand Cruise Association has been lobbying for ‘Kiwi cruising for Kiwis.’

While New Zealand is in lockdown, Summers wants cruise ships to be allowed to carry locals on domestic itineraries around the country.

‘In terms of our preparedness to accept cruising, we could be doing domestic cruising right now,’ she said.

Australia was the next stop on Bond’s magic carpet ride, where Jill Abel, CEO of the Australian Cruise Association, said the country is doing well in the fight against coronavirus compared to many other nations.

‘Our government has, however, taken a very conservative and hard line in suppressing the virus and hopefully this will be to our advantage when the time is right to start international travel,’ Abel said.

‘A phased approach to cruise is what is being worked through with government right now and this may start with domestic intra-State cruising and build to inter-State and, hopefully in the very near future, regional trans-Tasman and Pacific ‘bubble’ cruising.

She said there are so many itinerary options around Australia’s vast coastline and domestic cruising will provide a boost to local communities that are reliant on the tourist dollar.

‘We are desperately waiting for the green light to explore our backyard,’ she said.

A view from Hong Kong

Kenneth Wong of the Hong Kong Tourism Board said Hong Kong is one of the least affected areas in Asia.

‘At present we are looking very closely with our neighbouring cities on safe cross-border travel,’ Wong said. He said this includes Macau.

‘Talks are already underway with our countries nearby to form a travel ‘bubble.’

‘In preparation for the border reopening, we will be working very closely with our stakeholders and also our cruise line partners.

‘When we see the opportunities arise, we will make sure we will be amongst the first to open the cruise market.’

Pastor said at the moment around 12 vessels are cruising around ‘our beautiful Med’ and there is a slight increase in bookings for the 2020/21 season.

Capt. Michael McCarthy, Chairman Cruise Europe, said one of the biggest barriers to a region accepting cruise calls is the initial negative publicity that the industry received at the start of the pandemic.

‘Perception of a cruise vessel being a COVID-19 incubation unit and people dying on board is still in many people’s memories,’ McCarthy said.

‘We need to push back against this fake news, as Donald Trump would say.

‘We need to communicate the sustainability of the new normal.’

Then it was north to Claus Bodker, Director Cruise Baltic, who said the entire region is ready to resume cruising.

‘All the ports are ready, the destinations are ready, all the health protocols are in place,’ Bodker said.

‘The only thing that we are missing is approval from the authorities and this approval is the main challenge.’

He said that the authorities are concerned about previous outbreaks of coronavirus on board ships and believe it is not safe to start cruising again in the Baltic Sea.

‘We would love to prove them wrong,’ he said.

Bond went south next, past images of Big Ben and Tower Bridge, to speak with James Stangroom, Chair CruiseBritain, who said the main hurdle now is to get the Foreign Office advice to be changed to allow a restart of cruising to take place.

‘Another challenge is winning over the hearts and minds of the public and the media,’ Stangroom said.

Having visited Asia and Europe, Bond headed across the Atlantic to stop at Canada.

Sarah Rumley, Executive Director Cruise Atlantic Canada, said, while the 2020 cruise season in Canadian waters has been cancelled, she is ‘cautiously optimistic’ that the October 31 ‘No Sail’ deadline will be lifted.

‘When the time is right, cruise will be back stronger than ever,’ Rumley said.

‘We look forward to welcoming those majestic ships, their guests and crew back.’

Murray was in the new $163m Cruise Terminal 3 that was completed in June and will be home to Carnival’s Mardi Gras.

‘In terms of Port Canaveral being ready to receive cruise guests, this terminal is 100% ready to go, as well as our other five terminals,’ Murray said.

He said all have been undergoing maintenance for almost seven months and are ready to return to service at 24 hours’ notice.

From Florida, it was on to the Caribbean

Julie-Anne Burrowes, Cruise Advisor Caribbean Village, said North America is the region’s largest source market and its ‘No Sail’ order has affected many local suppliers, like tour operators, with cruise tourism being a large part of their income.

However, Burrowes said Caribbean destinations are working aggressively to be prepared for the restart of cruise tourism.

‘We are going to do our best to ensure that our region is one of the safest and healthiest to visit,’ she said.

Montero said a major problem is the country’s distance from where its customers are from and that all of the airports are closed.

However, he said, everyone is striving to overcome the disease and hoping the borders  will open as soon as possible.’

To complete the circumnavigation, Bond’s magic carpet landed in New Zealand again where  Debbie Summers had the last word.

‘We are looking to go forward and make our way through this,’ Summers said.