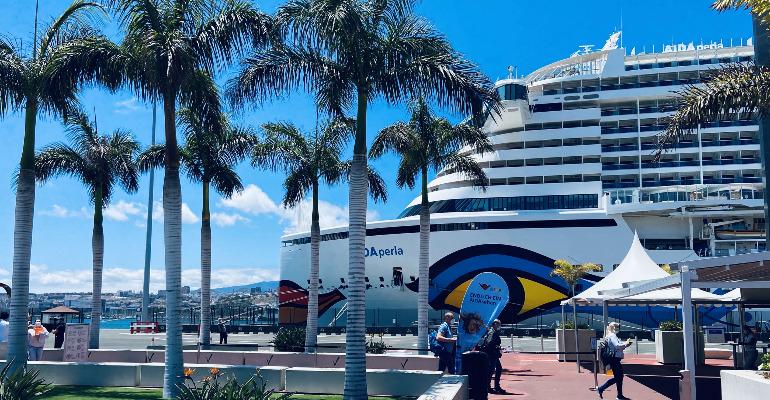 According to the Ports of Las Palmas, more than 103,000 passengers have cruised the Canary Islands since November, starting with the arrival of TUI Cruises’ Mein Schiff 2.

President of the Port Authority of Las Palmas Luis Ibarra said, ‘It has been a very rewarding experience, both in the professionalism of the shipping companies and the authorities involved, and also in the response of tourists.’

Describing passengers as ‘enjoying responsibly’ the sailings, Ibarra added, ‘I appreciate the trust in this destination and the opportunity given to the local economy.’

TUI Cruises’ Mein Schiff 2 began sailing the Canary Islands November 6 and is set to conclude its operations there on June 10; Mein Schiff 1 sailed from December 17 to April 29.

Hapag-Lloyd’s Europa 2 sailed the Canaries from December 4 and May 15, with AIDA Cruises’ AIDAperla calling from December 5 and scheduled until July 3.

Nicko Cruises/Mystic’s World Voyager visited from April 10 to May 29.

Since November, EU-flagged cruise ships with passengers from European countries have been sailing the Canary Islands. So far there have been 80 cruises.