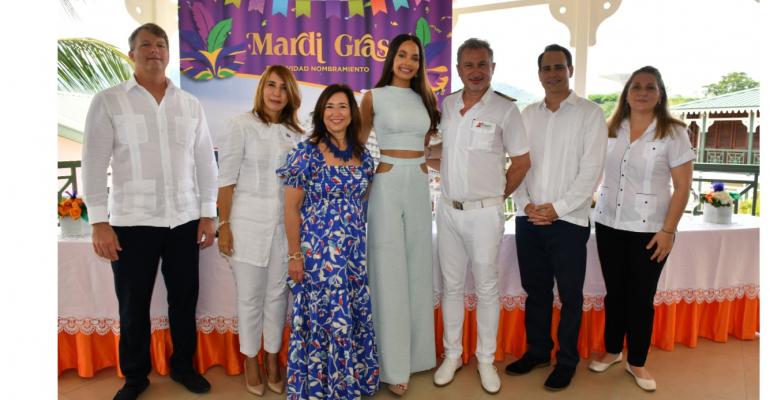 Mardi Gras godmother Miss Dominican Republic Kimberly Jiménez welcomed the ship to her home country today. Niños de Cristo is a special cause for her.

'We are thrilled to bring our flagship, Mardi Gras, here to the Dominican Republic with our godmother who is such an incredible ambassador for the beauty, hospitality and culture of this island,' Carnival President Christine Duffy said, presenting the donation in honor of Jiménez's work with Niños de Cristo.”

Mardi Gras was named during festivities at Port Canaveral on Saturday.

The ship will be sailing year-round from there on weekly cruise to the eastern and western Caribbean with calls at the Dominican Republic every other week.

Cruise ships get the green light to homeport at Fusina, Venice
Dec 06, 2022