Claus Bødker stepping down as director of Cruise Baltic and CruiseCopenhagen 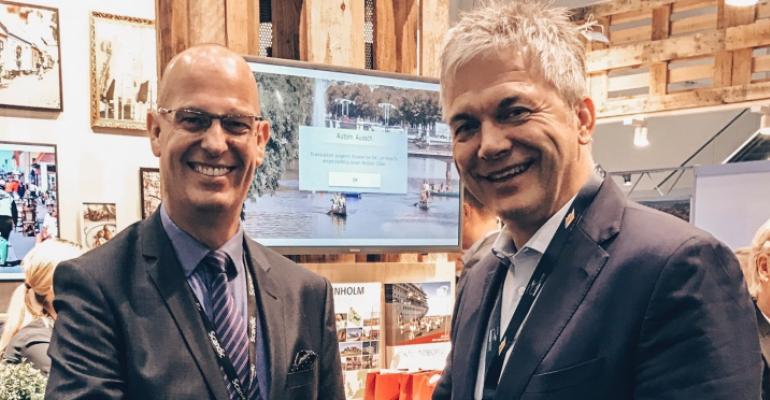 Claus Bødker, director of Cruise Baltic and CruiseCopenhagen, is stepping down from his current dual roles at the end of August.

Bødker, who has held the two titles for just over eight years, was diagnosed with amyotrophic lateral sclerosis (ALS) last year and whilst he has been working normally since then, he told Seatrade Cruise News, ‘I am increasingly having difficulties in walking and travelling and therefore feel the time is right to step down now.’

Bødker started at CruiseCopenhagen and Cruise Baltic on May 1, 2014. He had previously worked in travel and really missed it which drew him to the job. Until he started in the cruise industry he had never taken a cruise. ‘Now it’s my favourite way of travelling,’ he declared.

What began as a pure marketing job has changed and evolved in recent years.

‘In the beginning, we were happy to issue press releases informing about new record numbers of cruise calls and guests in Denmark, Copenhagen and the Baltic Sea, and the press releases were generally received positively by the public.

‘But in recent years we have had to change our messages to the public to reflect some of the negative attitude to cruising among the locals. So, now it has become a marketing and sustainability job,’ he shared.

Asked to name some of his top achievements in the past eight years Bødker reflected:

He gave credit to the Baltic ports and destinations, ‘which have done an exceptionally good job attracting cruise calls to the region,’ adding ‘But we could frame these efforts by offering fam trips, exhibiting at various trade shows, e.g. Seatrade Cruise events in Miami, the Med and in Hamburg and conducting sales calls to the cruise lines.’

He singled out how proud he felt in April this year ‘when 19 cruise lines signed a memorandum of understanding about the use of shore power in the Baltic Sea region. The cruise lines, which include the four biggest groups in the world, will use OPS in the Baltic Sea as soon as possible, but latest from January 1, 2024 if the port offers OPS.

‘I hope that this can change the narrative about cruising among the public,’ Bødker said.

He also noted the success of the Cruise Baltic summits, where cruise line executives have one-to-one meetings with the ports and destinations and experience some familiarisation trips to the region.

Bødker flew the flag for the Baltic region at Seatrade Cruise events in the Middle East, in Busan, Korea, and Shanghai in China, too, always ready to extol the virtue and strengths of port and destination associations.

Asked about the importance of port and destination associations for the future, Bødker replied they will become increasingly important.

Bødker has been a driver of sustainability on a number of fronts with several research reports commissioned around the subject. At CruiseCopenhagen he led a campaign earlier this year to promote Denmark's capital year-round to cruise ships, which included adding a dedicated microsite to its web page explaining the advantages of visiting the destination in autumn/winter.

‘There are many advantages of cruising in the shoulder season,’ explained Bødker. ‘Besides port discounts and more space at both the port and at the attractions, it’s more sustainable to spread out tourism throughout the year.’

He is convinced sustainability will be the normal business practice. ‘It is essential that we listen to the public, and even though there are many myths about the cruise industry, we need to take sustainability extremely seriously.

‘The youngsters are very focused on climate change, and they will be the cruise guests in the future. If the industry does not persuade young people that cruising is sustainable, we will have a major challenge. Sustainability is simply a license to operate.’

So what are Bødker’s plans for his new life phase? ‘I will have more time to take better care of myself, and I will have much more time to do the many exercises which I am doing every day. I can feel that working is becoming increasingly harder for me, so I look forward to stepping down. And, naturally, I have a couple of cruises planned for the autumn.’

From September and until a new director is in place, Bødker said CruiseCopenhagen can be contacted via Helene Bæk, [email protected] and Cruise Baltic via Ida Skaarup, [email protected], but ’I am still around for a couple more weeks.'