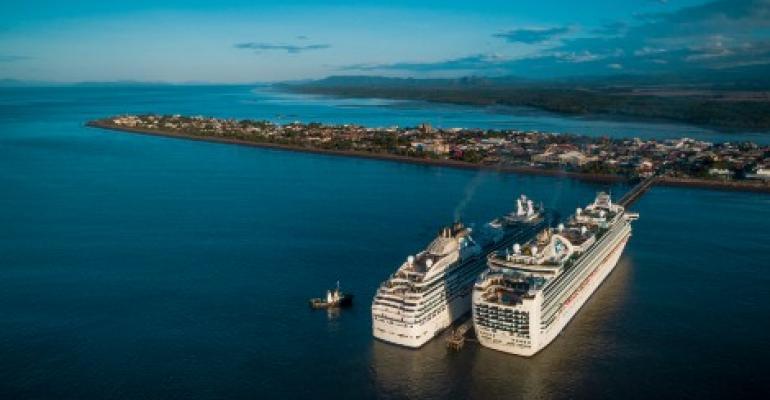 Cruise ships at Puntarenas, Costa Rica
Costa Rica will reactivate cruise tourism starting Sept. 1, welcoming ships that guarantee all crew and 95% of passengers who are of age to be vaccinated against COVID-19.

Permitted vaccines are those authorized by the National Commission of Vaccination and Epidemiology, and the last dose must have been administered at least 14 days before the cruise embarks.

'The resumption of this tourist activity will benefit the ports of Limón, Puntarenas, Caldera, Quepos and Golfito,' Tourism Minister Gustavo J. Segura said. 'Each passenger spends an average of $137 per day, which has an important impact on the reactivation of local economies in coastal communities.'

Segura said that in the run-up to the reopening, ships of nine cruise lines are including Costa Rica in their itineraries: Windstar, Lindblad, Sea Cloud, Seabourn Quest, Celebrity Millennium, Carnival Pride, Crown Princess, Diamond Princess and Seven Seas Mariner. Five of these will arrive in Limón and the rest to Pacific ports.

'During the first phase of this reopening, most cruise ships will be luxury and accommodate smaller capacities of passengers,' Segura said. The first to arrive will belong to Windstar, carrying approximately 150 passengers, on Sept. 2 in Golfito.

In addition to vaccination, passengers must complete the epidemiological 'Health Pass' form 72 hours prior to their arrival in the country.

The Port Operation Protocol, endorsed by the Ministry of Health as established in Presidential Directive 082-MP-S, will be observed cruise ships arriving at Caribbean and Pacific ports.