Costa splashes out with Toscana in line's 2021/22 return to S. America 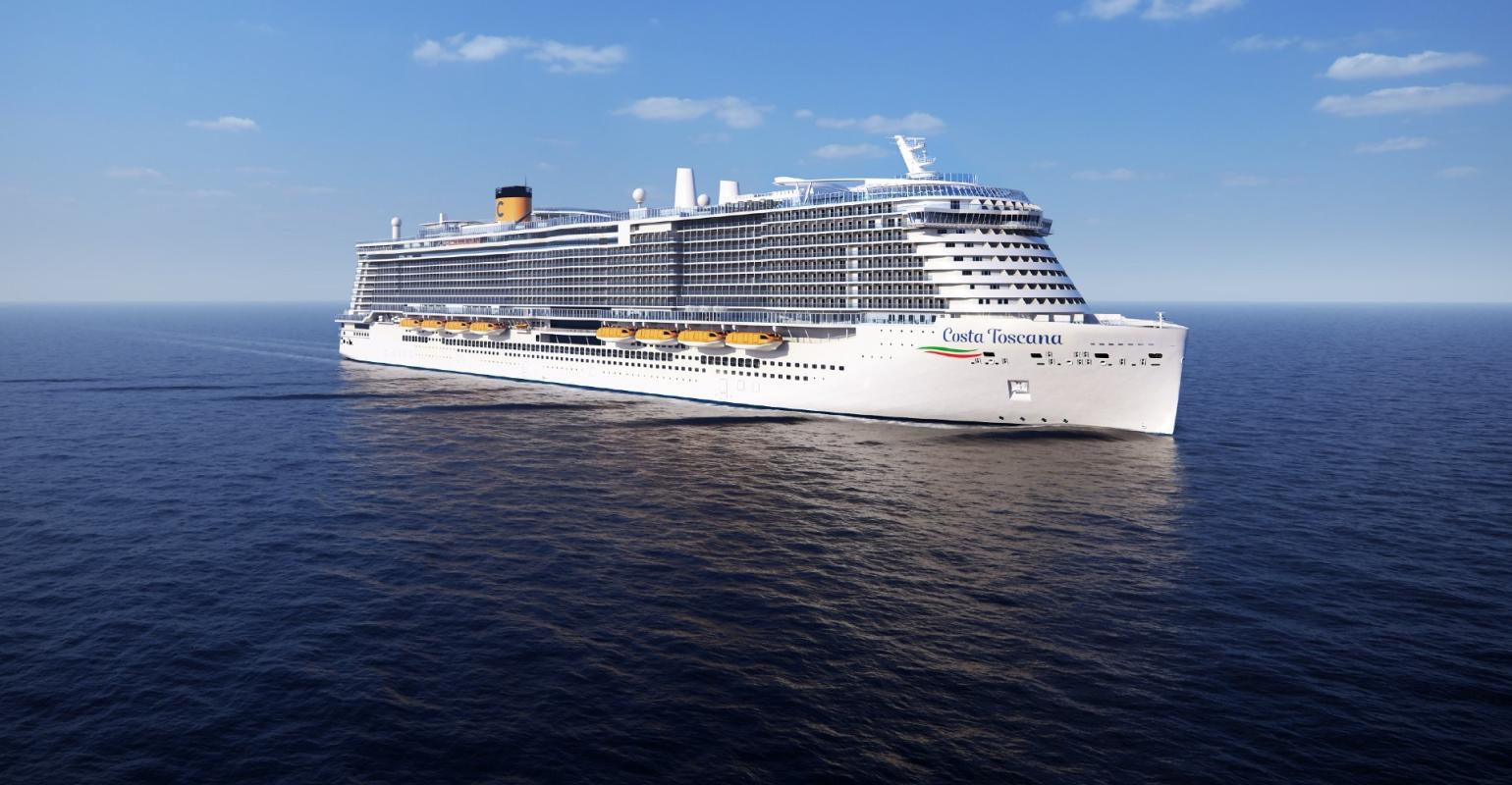 Costa Toscana's arrival will be a 'historic moment for Costa Cruises, for the entire cruise industry and for Brazil,' Dario Rustico said
Costa Cruises will send its new Costa Toscana to South America for the 2021/22 season, along with Costa Favolosa for an almost five-month stint.

This follows the line not operating a 2020/21 South America season, a blip in its 72-year history there. Three ships had been planned this season.

Dario Rustico, Costa's GM for Central and South America, had earlier indicated Costa Favolosa and Costa Pacifica would be in the region between December 2021 and April 2022.

Instead, the line is making a splash by sending its new LNG-powered flagship.

'The arrival of Costa Toscana is a historic moment for Costa Cruises, for the entire cruise industry and for Brazil,' Rustico enthused. 'The debut in Brazil of our most innovative ship strengthens the special 72-year-long bond between Costa Cruises and South America.'

The 180,000gt Costa Toscana is currently under construction at Meyer Turku. This sister of the recently introduced Costa Smeralda has more than 2,600 staterooms, including a new cabin category with balcony and terrace.

Costa Toscana's inaugural cruise will depart from Santos on Dec. 26, 2021, stretching over New Year's Eve. The seven-night sailing will visit Salvador and Ilhéus, returning to Santos on Jan. 2.

From Jan. 2 to April 10, 2022, Costa Toscana will offer another 15 cruises with the same itinerary, with embarkation at Santos and Salvador. Included are Carnival and Easter sailings, the latter the last in Brazil before the ship begins its crossing to Italy on April 17.

Then, from Dec. 13 to April 2022, Costa Favolosa will sail from Rio de Janeiro for its traditional 'Prata' itinerary. A total of 15 eight-night cruises will be available, with embarkation — for the first time — in Itajaí, in addition to Buenos Aires and Montevideo. Ilhabela is a port of call.

Costa Favolosa's season is bookended by repositioning cruises from and to Savona, Italy.