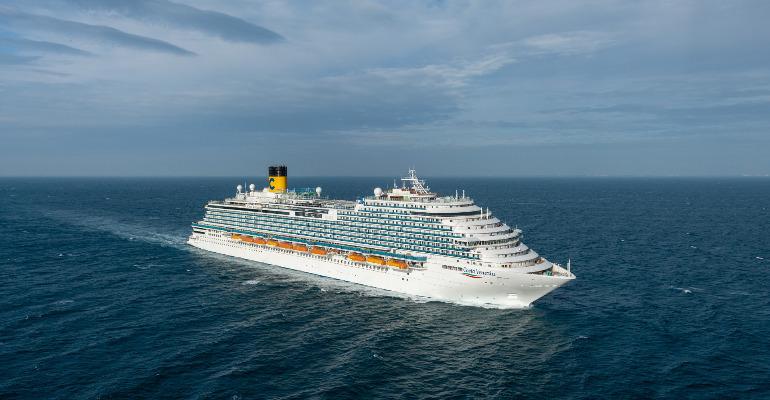 Costa Venezia, which entered service in 2019, will offer cruises to Turkey departing from Istanbul
Costa Toscana will sail the Mediterranean from March 2022, while Costa Venezia will cruise Turkey and Greece next year, replacing its planned Asia itinerary.

‘Waiting for the return of cruises to Asia, we have decided to bring Costa Venezia back to the Mediterranean…’ explained Roberto Alberti, CCO, Costa Cruises. ‘The heart of this new product is Turkey, with Istanbul, one of the most beautiful cities in the world. In line with our plan to gradually resume operations, we have also decided to move the entry into service of our new flagship, Costa Toscana, to March 2022.’

Previously scheduled to sail in 2021-22, Costa’s second LNG-powered ship will enter service on March 5 following its delivery in December.

Costa Toscana’s cruises running from December 18 until early March will instead be operated by Costa Luminosa, whose program of long winter cruises in the Mediterranean are cancelled due to restrictions in Israel.

Sailing from May 1 to November 13, 2022, Costa Venezia – designed for the Chinese market – will now offer two alternating one-week itineraries to Turkey and Greece with embarkation and disembarkation in Istanbul.

The longer stopovers are to allow for shore excursions to ancient ruins, UNESCO World Heritage sites and beaches.

The two itineraries can be combined into a single 15-day itinerary with eight port calls spanning 10 hours each.

Shore excursions include Ephesus by night with a private concert in the Roman amphitheater there, seeing lights of the Bosphorus by night, sleeping in houses carved into rock in Cappadocia, discovering the natural pools of Pamukkale, the Parthenon in Athens, the beaches of Mykonos and Rhodes and historic Bethlehem and Jerusalem.

Costa Venezia's new itineraries include fly-cruise packages from many European countries, available for booking from the first half of October.