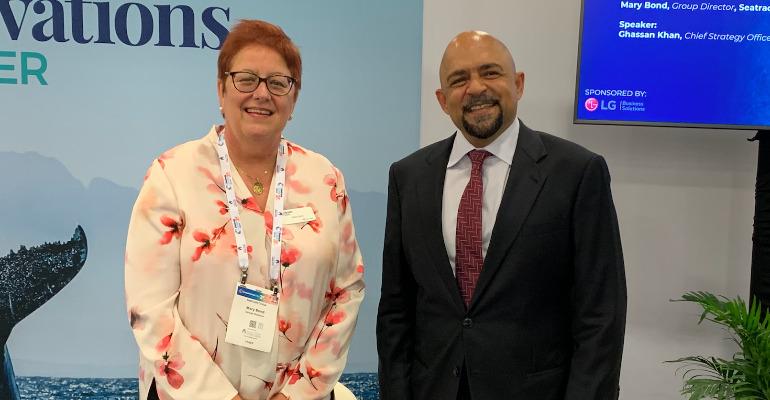 It comes after Jeddah Islamic Port’s cruise terminal — a former ferry terminal — was completed for homeporting in 35 days (three months ahead of schedule) alongside the development of Yanbu port, enabling it to receive cruise vessels.

‘Saudi Arabia has come on the map,’ said Khan, as he looked back over the past six months.

In 12.5 months, 20,000 cruise tickets have been sold to visit the destination with MSC Cruises, Scenic and Silversea traversing the Red Sea.

Using MSC Cruises as an example – whose MSC Bellisima began sailing three- and four-night cruises from Jeddah to Egypt and Jordan in July – Khan said, ‘Saudi can be a very good source market for the industry going forward. When cruise lines consider coming to the region, they should consider Saudi …

‘This region will be the new region for cruising over all. If we make it work, we’ll have a brand new opportunity.’

Khan outlined Cruise Saudi’s expectations over the next half year, starting with the launch of the Port of Dammam in November, resulting in ‘lots of synergy between the Gulf and the Red Sea … the Gulf side will be very complementary.’

‘Strong bookings in November’ are a precursor to the country attracting more European passengers, Khan indicated, with Cruise Saudi continuing to collaborate with Saudi Tourism Authority and Saudia Airlines.

An increase in cruises carrying local and international passengers was another prediction made by Khan: Saudis are 'falling in love with cruising,’ he said, ‘... we have to develop partnerships to uplift the standard to put it on par with the Mediterranean.’

Describing Cruise Saudi as off to ‘an amazing start,’ Bond queried whether the initiative had experienced ‘teething problems,’ with Khan responding, ‘Of course, it would be naive not to think that, but [MSC Bellisima] passenger feedback has been great … We’ve got great customer satisfaction [ratings] at over 85%.’