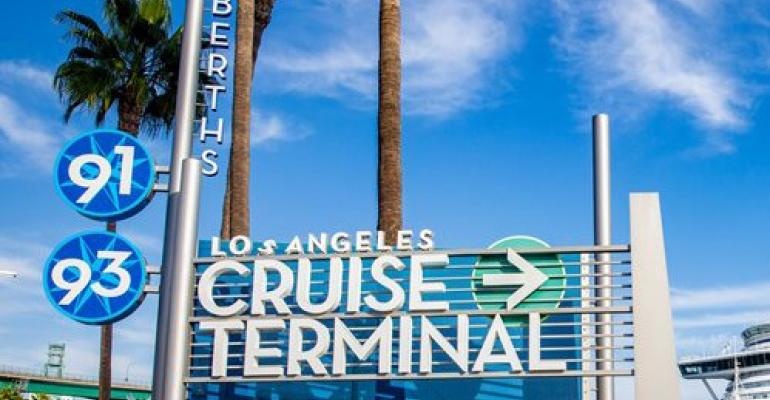 When that will happen is still likely months away as ships are only in the initial phases of working to comply with the US Centers for Disease Control and Prevention's framework for conditional sailing.

Meanwhile, Los Angeles County is now a leading hot spot in the United States' COVID-19 outbreak, according to news reports.

Princess Cruises, Holland America and Norwegian Cruise Line ships began arriving in the past week and are periodically docking at the Los Angeles Cruise Terminal for fuel, food, supplies and/or services.

All three brands have suspended cruises through March.

The port said it is expecting more than two dozen cruise ship calls through early February.

In 2020, Los Angeles chalked up 93 cruise cancellations — more than 70% of the total scheduled — due to the pandemic.

According to the port, each cruise call contributes about $1m to local businesses and the economy. So losing those 93 calls amounted to nearly $100m in lost economic activity on the Los Angeles waterfront.