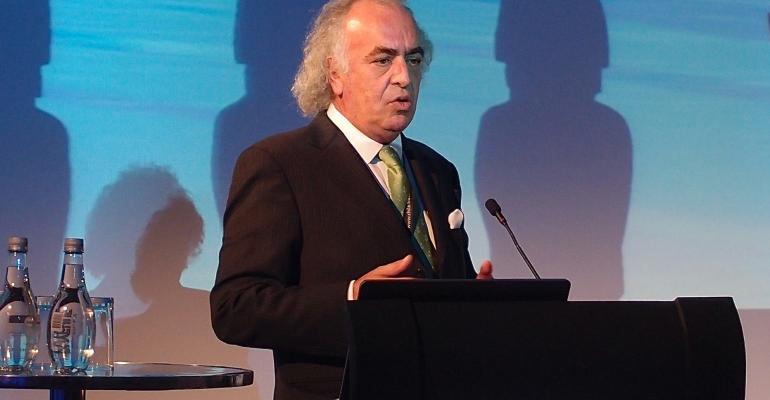 According to Sebastián Montero, Brazil awaits approval from health authorities for a possible cruise restart while the Southern Cone countries don't expect to have a 2020/21 season
Cruises are not currently operating in South America but it's possible that could change in one region in the coming weeks.

Plus, Antarctica voyages are dependent on South American homeports, mainly Ushuaia, Argentina, and to a lesser extent, Punta Arenas, Chile.

Montero said Brazil has the potential to resume short cabotage cruises and awaits the national health agency's green light. These itineraries are targeted at Brazil's huge domestic market, however the country's borders are open to all travelers.

Four MSC Cruises ships are standing by. As previously reported, Costa Cruises for the first time in 72 years will not be in South America this season. The line had planned to deploy three ships and now looks to return with a big splash next season, featuring the new flagship Costa Toscana.

COVID-19 is not under control in Brazil, which has had one of the highest infection rates globally, but Montero said trends are improving.

Cruises need approval from ANVISA, the national health agency. Should that happen, Montero expects a pair of the MSC ships to undertake domestic sailings. He added that Marco Ferraz, executive president, CLIA ABREMAR Brasil, reports there is demand. Brazilians are keen to cruise.

It is hoped the two other MSC ships could sail to Argentina and Uruguay, but that will be more challenging. Uruguay has controlled the virus well, however its borders are closed and will remain so for the southern summer, Montero said.

In much more populous Argentina, cases have shot up recently, according to The Washington Post. Still, Montero said borders not long ago opened to Uruguay, Brazil and Chile, for travelers who present a negative COVID test and a certificate of insurance.

The classic itinerary that draws North Americans and Europeans includes Uruguay, Argentina and Chile in a season stretching from October to April.

In Chile, the virus is getting under control with infection rates slowing, but borders are closed to all but Chileans and other legal residents. Those who present a negative COVID test can enter without quarantine, while those who arrive without a test must take one and quarantine until negative results are received.

Cruise ships are blocked until Dec. 1, and Montero said it's not known what will happen after that.

It doesn't really matter, though, because this season is 'gone,' he added. This itinerary is supported by nationalities that aren't currently allowed in the three countries. Added to that are the complications of airlift and the itinerary's length, typically 14 days.

So, according to Montero, the Southern Cone countries are focused on the 2021/22 season and what they can do to be safe and have uniform protocols in place to ensure a healthy future business.

The economic loss is 'a shame, but lives have to be preserved,' Montero said, adding 'there has to be an equilibrium. The whole economy can't be closed or that creates other problems, like poverty.'

As for Antarctica, nearly all cruises operate from Ushuaia, with a smaller percentage from Punta Arenas. Most customers are sourced from remote markets like the US, China, Germany, UK and Australia. The issues are the same as for the Southern Cone.

Nearly all expedition operators have confirmed they won't be in Antarctica this season, including Hurtigruten, Poseidon Expeditions, Quark, Aurora Expeditions, Silversea Cruises and, the latest, Lindblad Expeditions, to name a few.

There's hope for the Galápagos, though, a year-round market for small Ecuadorian-flag ships. Lindblad Expeditions CEO Sven Lindblad on Thursday said it may be possible to resume sailing there in the coming months. Silversea, whose newbuild Silver Origin was delivered in June, is standing by and has a new planned start date of Jan. 9.

Colombia opened its borders to tourists five weeks ago. Travelers must present a negative PCR test. COVID cases have been climbing recently, though, and topped 1m on Oct. 24, making Colombia the eighth country globally to surpass that sad milestone.

The country is part of Caribbean and Panama Canal cruises, which haven't resumed.

Montero thinks Colombia is in a good position, nonetheless, to be a part of the future Caribbean restart.

Cruise lines are doing an impressive job, in Montero's view, from a financial perspective with their success in boosting liquidity to get through this tough period, and as an industry with their comprehensive health protocols. What's happened with the resumption of cruises in Europe is encouraging.

He also welcomed the global business coming together at the recent Seatrade Cruise Virtual as a reassuring sign.