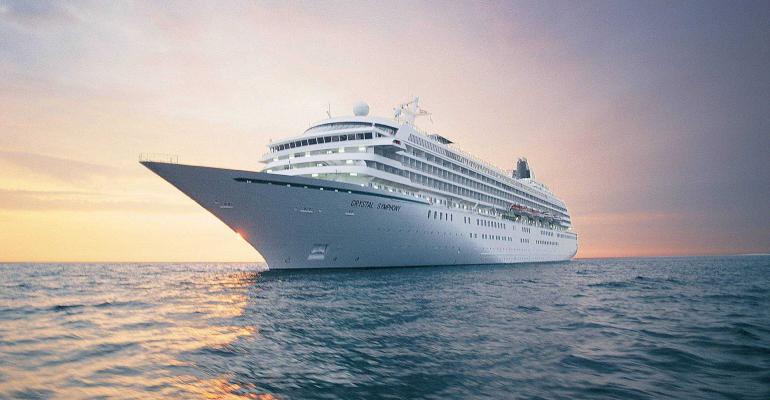 Crystal Symphony, about to begin voyages from Boston to Bermuda Aug. 22, followed by New York to Bermuda cruises starting Sept. 24, will redeploy southward in late November.

Through March 2022, the ship will sail an all-new series of 14 seven-night voyages and two 10- and 11-night holiday itineraries to the Lesser Antilles, the Virgin Islands and the Bahamas' Out Islands.

Best available cruise fares starting at $1,999 include up to $1,500 in Book Now Savings with $125 shipboard credit per person. Solo fares start at $125%. Travelers may combine voyages with 5% savings.

This overnights in Reykjavík before exploring Iceland, the Arctic Circle, Faroe Islands, Orkney Islands and Shetland Islands, with a call at remote Fair Isle, concluding with overnight visits to Leith (for Edinburgh), where Crystal Endeavor will dock for the night steps from the Royal Yacht Britannia, followed by a cruise up the Thames to dock in the heart of London.

Fares for the Sept. 5 voyage start at $13,999 including limited-time Book Now Savings of $3,000 and $300 shipboard credit. Combining with the Iceland-Thames trip gives 5% savings.

Another new itinerary will give the rare opportunity for US travelers to embark from a close-to-home port for Crystal Endeavor.