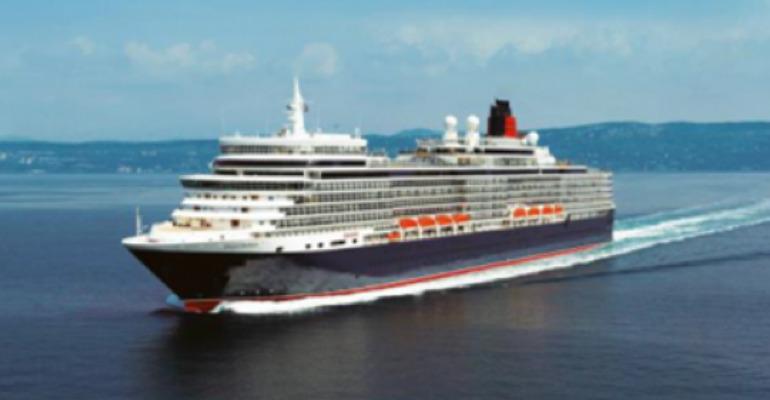 In June 2023, Queen Elizabeth will sail the fjords in Alaska

Cunard’s Queen Elizabeth, Queen Mary 2 and Queen Victoria will sail over 150 voyages between April 23 and December 15, 2023 calling at a combined 120 ports in 35 countries.

Among the sailings are 18 transatlantic crossings by Queen Mary 2, with a series of 10-night round trips in Alaska and an Independence Day sailing calling in Boston also making their way onto the new itineraries.

Further highlights include a Mediterranean fly-cruise season from Barcelona, a 16-night Baltics voyage with an overnight call in St Petersburg and a 14-night Canada and New England voyage, offering three full days in Quebec.

23 late evening departures and 15 overnight stays span a selection of voyages that last between two and 37 nights in duration.

‘We’re thrilled to launch such an exciting programme of new itineraries…’ said Sture Myrmell, president, Carnival UK. ‘From famous city destinations to breathtaking natural wonders, the Cunard 2023 voyages offer the perfect way to rediscover the joy of exploration while enjoying our signature White Star Service and all the other special touches that set a Cunard cruise apart from the rest.’

Queen Victoria departs Southampton April 27, 2023 on a 12-night voyage of Spain and Portugal, where passengers will be given the opportunity to experience the volcanic terrain of Tenerife’s Teide National Park and Sintra’s Moorish palaces via tours from Lisbon, each listed as UNESCO World Heritage sites. Inside staterooms start at £1,299 per person.

Forests, ancient wooden houses, waterfalls from verdant gullies and mountains are a backdrop to sailing among the fjords as part of Queen Victoria’s North Cape cruise. The vessel departs Southampton June 6, 2023 offering inside staterooms starting at £1,699 per person.

The roundtrip from Southampton to New York, which forms the ‘Transatlantic Crossing, New England and Canada’ itinerary, comes with three days in Quebec. Queen Mary 2 leaves Southampton September 22, 2023 offering inside staterooms priced starting at £3,299 per person.

The Leaning Tower of Pisa, a UNESCO World Heritage site, is included on the Mediterranean itinerary in addition to Rome’s Sistine Chapel and  the Sagrada Familia which is Gaudi’s architectural legacy. Queen Mary 2 departs Southampton June 9, 2023 on the 14-night voyage from Southampton. Inside staterooms start at £1,999 per person.

Passengers will spot Ketchikan’s colourful totem poles, have the chance to spot humpback whales and see skyscraper-tall glaciers as they sail Alaska’s fjords onboard Queen Elizabeth. The vessel leaves Vancouver June 8, 2023 with its inside staterooms priced from £1,499 per person.

The waters of the French Riviera, the Leaning Tower of Pisa and Ibiza’s old town, Dalt Vila, are among the highlights of Queen Elizabeth’s seven-night Western Mediterranean voyage from Barcelona. The vessel departs September 25, 2023 with inside staterooms priced at £899 per person.