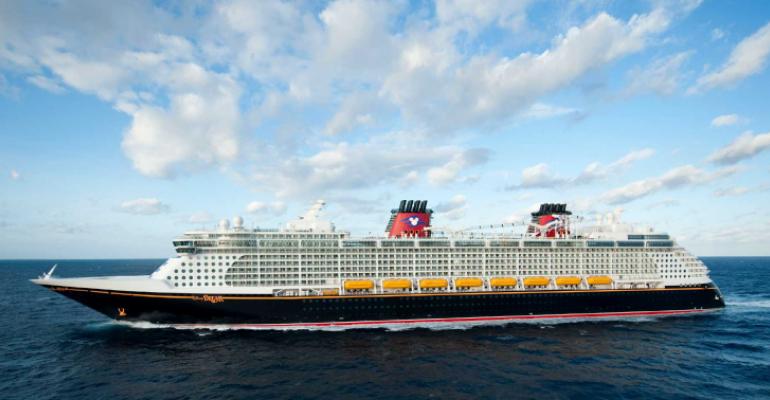 Disney Dream will leave its home in Port Canaveral to sail from PortMiami for the first time
Disney Cruise Line's 2022 features its first summer cruises from Miami and voyages to new destinations and favorite ports in the Greek Isles, Mediterranean, northern Europe, Alaska and the Caribbean.

But the line did not disclose where its new Disney Wish is going to sail. The vessel's maiden voyage is planned for summer next year.

Disney first summer cruises from Miami will be on Disney Dream, which has previously only homeported at Canaveral. The program starts June 7, and every sailing will visit Castaway Cay.

New destinations will be part of the Disney Magic’s grand tour of Europe, which begins with sailings through the Greek Isles and Mediterranean before heading to northern Europe for cruises to the Baltic, the British Isles, Iceland and the Norwegian fjords. Five new ports for Disney include Chania, Greece; Porto, Portugal; Riga, Latvia; Maloy, Norway; and Nynashamn (Stockholm), Sweden.

From Civitavecchia (Rome), eight-, nine- and 12-night cruises to Greece will whisk families to Piraeus, Santorini and Mykonos. One nine-night sailing will mark Disney's first call at Chania on the island of Crete.

Mediterranean voyages from Barcelona will visit destinations including Rome, Naples, Villefranche and Cannes. Disney's maiden call at Dover will come during a seven-night cruise from Barcelona to Dover.

In Europe, pre-cruise group programs are available with Adventures by Disney. Two- and three-night trips are offered in cities like Rome, London, Barcelona and Copenhagen.

Disney Wonder will return to Alaska, sailing from Vancouver, BC. Most of the seven-night cruises will visit Dawes Glacier, Skagway, Juneau and Ketchikan. Two will call at Icy Strait Point in place of Skagway.

Port Canaveral and a maiden call at Dominica

Disney Fantasy will offer assorted itineraries to the eastern and western Caribbean throughout the summer, including seven-night voyages, a special five-night sailing and an extended nine-night cruise.

The nine-night cruise features a maiden call at Roseau, Dominica.