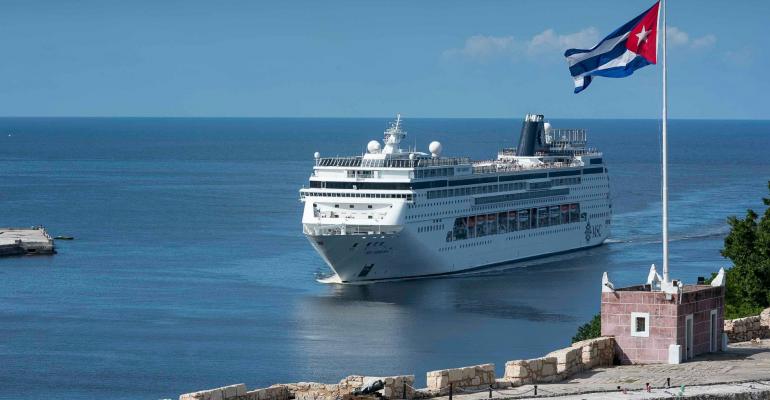 It's unlikely the Biden administration will return to the US-Cuba landscape that existed before the Trump presidency, a leading Cuba watcher predicts.

Joe Biden was part of the Obama administration that eased the decades-old Cuba embargo, paving the way for cruises to begin operating in 2016 from the US for the first time in half a century.

In 2018, an estimated 800,000 travelers visited Cuba on the ships of 17 lines. This all came crashing down, literally overnight, with an abrupt Trump administration policy change in June 2019.

As expert John Kavulich sees it ...

'Despite expectations to the contrary, the Biden administration will gravitate and navigate an international policy framed by the center-right rather than the center-left,' John Kavulich, president of the US-Cuba Trade and Economic Council, a nonpartisan and not-for-profit business organization, writes in a detailed commentary.

'The Biden administration will encounter a larger, less-porous and media-savvy congressional firewall that may limit, perhaps consistently or intermittently during his four-year term, robust re-engagement with the Republic of Cuba,' as Kavulich sees it.

Congressional support for the embargo

He points out there will be nine Cuban-Americans in Congress — three in the Senate and six in the House of Representatives, consisting of two Democrats and seven Republicans. The majority will likely oppose most efforts by the Biden administration to alter Trump administration policies impacting Cuba and Venezuela.

Kavulich adds if Cuba were to exit its involvement with Venezuela, the Biden administration would have a relatively free rein to make changes to Trump-era decisions on Cuba. Conditionality would remain, but it would be flexible, not rigid.

The House will stay in Democratic Party control, however with a narrower majority, while the Senate outcome depends on two concurrent runoff elections in Georgia.

Post-election analysis by both parties will be significant to determine the reasons Trump carried Florida, particularly the southern part of the state, Kavulich says, with its many Cuban-American and Venezuelan-American voters.

He suggests the Democratic Party, individuals who run for office in Florida in the 2022 mid-term congressional elections and those seeking the 2024 Democratic presidential nomination (should Biden choose not to run) won't want to take any decision that overtly disrupts electoral opportunities.

Upon taking office Jan. 20, the Biden team will focus on the mid-term elections, Kavulich says, noting that the party in the White House typically loses seats in both chambers of Congress.

On specifics relevant to the cruise industry, Kavulich thinks it 'unlikely' the Biden administration will allow US-Cuba cruises to resume.

As for the possibility of suspending Title III of the Helms-Burton or 'Libertad Act' that allows lawsuits in the US over claims to property in Cuba seized by the government there, Kavulich also argues that's 'unlikely.' In 2019, the Trump administration enacted this previously dormant portion of the 1996 law to crack down on the Cuban government's support for Venezuela's Nicolás Maduro regime.

Carnival Corp. became the first US-based company sued under Title III and several such cases involving multiple cruise operators' use of terminals and piers in Havana and Santiago wage on.