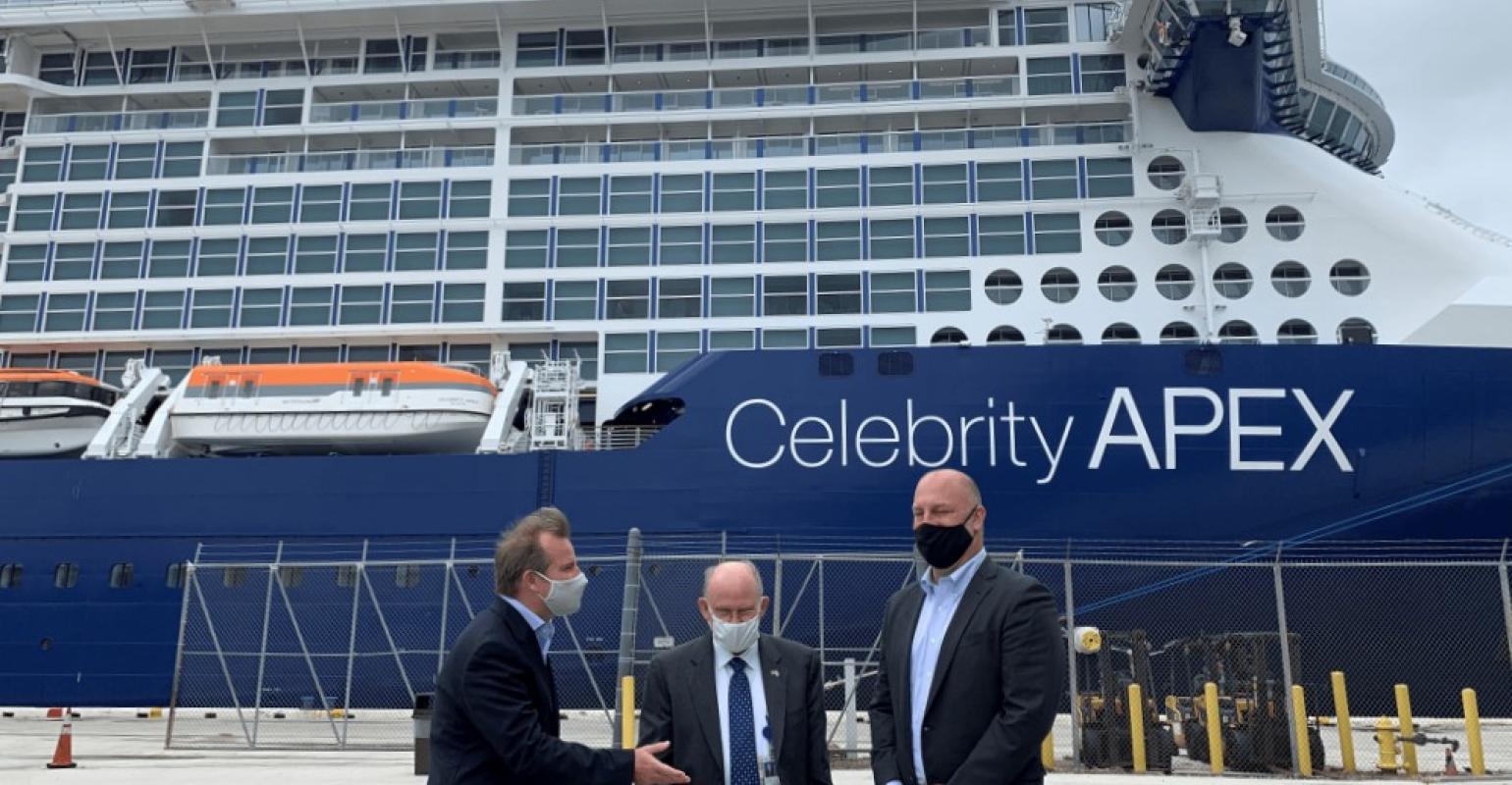 25 homeport calls had been scheduled

Celebrity Cruises' new ship was supposed to make 25 homeport calls in fiscal 2021 (which began in October). Those sailings would have resulted in an estimated 140,000 passenger movements (that's fewer than 4% of total projected passenger moves) that would have generated approximately $2.1m in direct revenue to the port.

With cruises yet to resume, it's unknown how many sailings Celebrity Apex will be able to operate. Meanwhile, crew are in training on board.

The cruise industry generated $59.4m in fiscal 2019 for Everglades, one-third of the port’s total revenues.

Jonathan Daniels, CEO and port director, and Glenn Wiltshire, deputy director, hosted Sola for a facility tour and a conversation about how Port Everglades is managing during the pandemic. The commissioner is conducting a fact-finding into the impact of COVID-19 on the US maritime industry. Earlier, he visited PortMiami.

While the cessation of sailings has led to lost revenues, Port Everglades executives told Sola they are focusing on the growth opportunity cruising represents over the longer term.  Key to their business plans is upgrading infrastructure to accommodate larger ships and increase operational efficiencies.

Sola toured the Heron Garage, a $117m project nearing completion that will support two of the port’s cruise terminals with 1,800 parking spots. He also inspected a terminal being retrofitted to process passengers according to heightened health precautions.